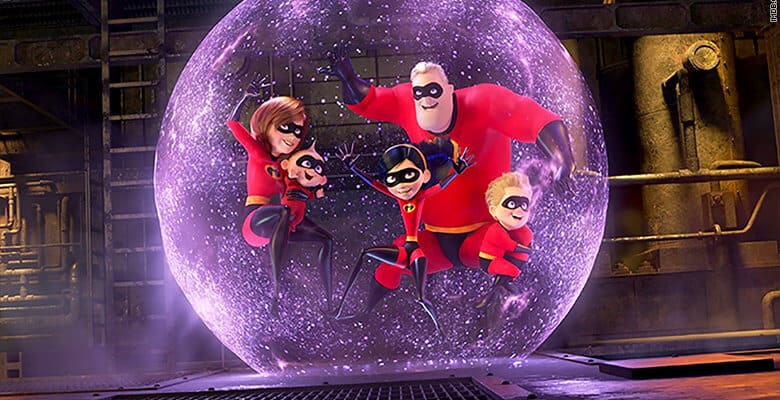 It was a Super weekend at the box office for “Incredibles 2.”

The Disney-Pixar sequel earned the top spot at the box office on its opening weekend, taking in an estimated $180 million at theaters across the United States and Canada. According to Entertainment Weekly, this is the biggest domestic debut for an animated movie (not adjusted for inflation), coming in ahead of Disney-Pixar’s “Finding Dory,” which opened with $135.1 million in 2016. This is also the eighth biggest domestic opening weekend of all time, topping “Captain America: Civil War” ($179.1 million in 2016). Internationally, “Incredibles 2” took in an estimated $51.5 million.

“Incredibles 2” also had the third-best opening weekend of the year, coming in behind Marvel’s “Avengers: Infinity War” ($257.7 million) and “Black Panther” ($202 million). So far, 2018 has been a powerhouse year at the box office for Disney.

Written and directed by Brad Bird, “Incredibles 2” picks up after the events of “The Incredibles” (2004). You can read our review of the film here.

Disney-Pixar released a video today featuring Bird and Producers John Walker and Nicole Grindle thanking fans for the success of their new film.

#Incredibles2 Director @BradBirdA113 and Producers John Walker & Nicole Grindle wanted to say a quick ‘thank you’ to all the fans for helping make the film the #1 movie in the world. pic.twitter.com/pdS2hF134n

Also over the weekend, theaters began notifying moviegoers about a sequence of lighting effects in “Incredibles 2” that may affect photosensitive viewers. Signs are being added as a safety precaution; there have been no reports of customers affected by the lighting sequence.

Bring the kids! This notice sent to exhibitors today from Disney #incredibles2 “INCREDIBLES 2 contains a sequence of flashing lights which may affect customers who are susceptible to photosensitive epilepsy or other photo sensitivities.” pic.twitter.com/N2g0vQ8lsL

Comments Off on Disney-Pixar’s “Incredibles 2” has Super record-breaking weekend at the box office, earning $180 million