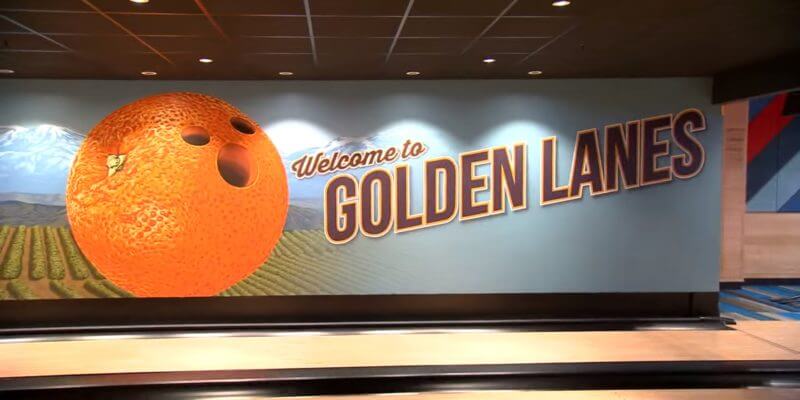 When we attended the grand opening of Downtown Disney District‘s new Splitsville Luxury Lanes at Disneyland Resort in Anaheim, California, we couldn’t help but appreciate the craft and attention to detail that went into designing every corner of the upscale bowling alley. But one of our favorite features had to be the multiple lane-long murals spotlighted around the establishment.

Today Disney released a new time-lapse video illuminating Splitsville fans as to the process of painting one of these mural masterpieces… and happily, it’s the one that features an admittedly-hard-to-miss Hidden Mickey in the finger holes of a large, orange-shaped bowling ball– a perfect theme considering Disneyland was originally built on a former orange grove!