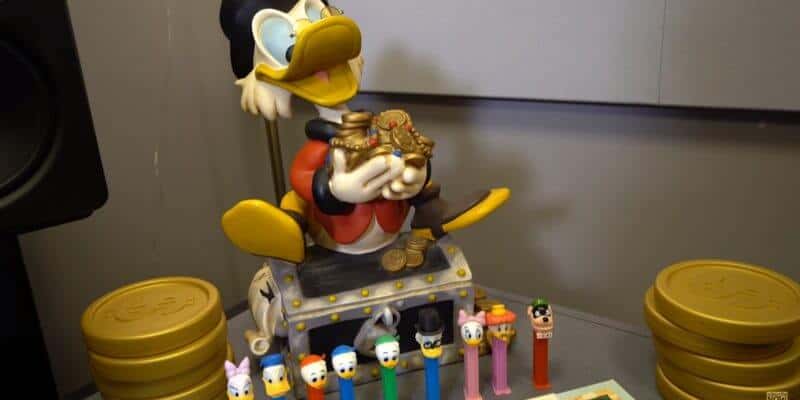 Jasmine Bocz is an animatic editor on Disney Channel‘s currently-running reboot of “DuckTales,” starring the voice of David Tennant as “adventure capitalist” Scrooge McDuck, the wealthiest duck in the world. And as it turns out, she might also be one of the biggest fans of the original series, which ran from 1987 to 1990 on the Disney Afternoon.

In a new video from D23, the official Disney fan club, we visit Bocz at her desk where she works on “DuckTales,” and see her impressive collection of items featuring Uncle Scrooge, Huey, Dewey, Webby, and Donald from both popular series and the Carl Barks comic books that inspired them.

“DuckTales” returns with all-new episodes this Friday, May 4th on Disney Channel.

Comments Off on VIDEO: Meet the “DuckTales” editor who grew up loving and collecting memorabilia from the show