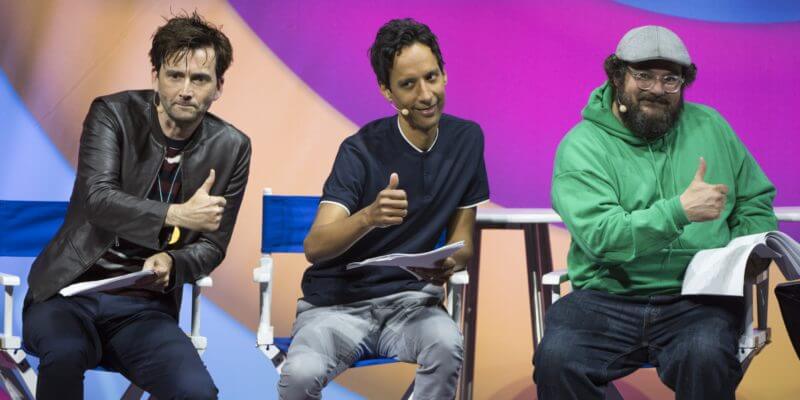 Not ponytails or cottontails, but “DuckTales!” (Woo-oo!) Everyone’s favorite Duckburg-set kids’ cartoon adventure series from the late-1980s Disney Afternoon programming block has seen a successful relaunch in the past year with an all-new cast and creative team. And just this past weekend, some of the talent associated with the rebooted show popped up at Disneyland Resort for the hit Disney Channel Go! Fan Fest event.


Before and after the performance, the cast appeared in the Disney Channel Go! Fan Fest cavalcade down Disneyland’s Main Street, USA and participated in interviews on the event’s red carpet.