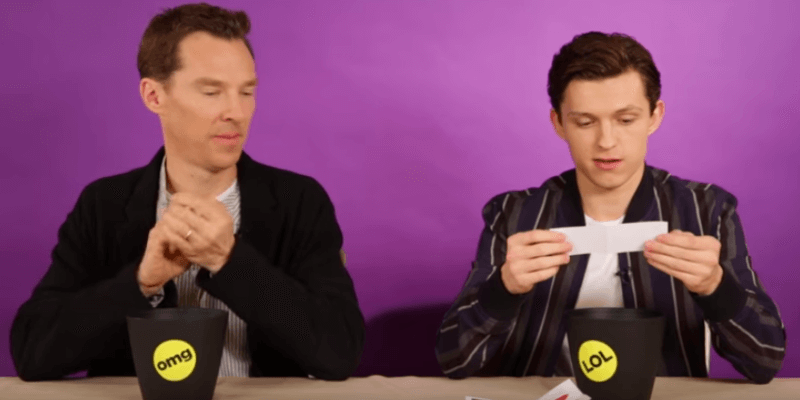 The stars of “Avengers: Infinity War” seem to be having a great time promoting the blockbuster movie, sketching their characters, creating a parody of The Brady Bunch theme and even participating in Jimmy Kimmel’s Mean Tweets.

This time around the tweets aren’t necessarily mean, but they do get some hilarious reactions out of some of the stars like Chris Pratt, Zoe Saldana, Tom Hiddleston, Benedict Cumberbatch and more.

At one point in the video, Letitia Wright, who plays T’Challa’s younger sister Shuri, responds to being called a Disney Princess, saying “it hasn’t sunk in yet, how amazing that is.”

You can see all of these stars and many more in “Avengers: Infinity War” in theaters now.

Comments Off on VIDEO: “Avengers: Infinity War” stars react to tweets about their characters