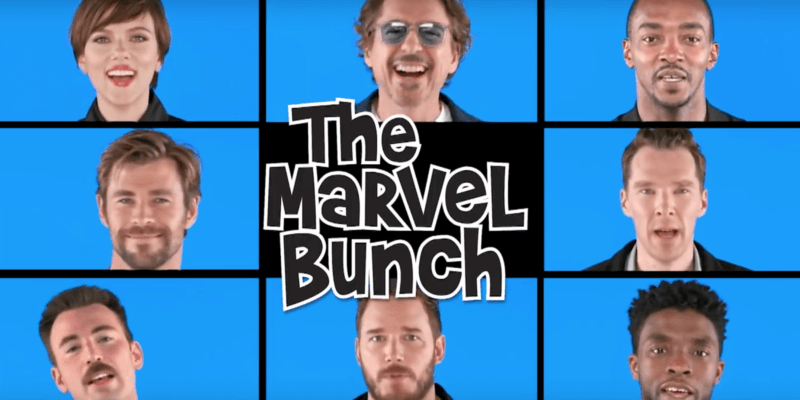 When most people think of the Avengers, they probably think of a family of superheroes who come together in times of peril to save the world. Well, to explain the creation of this big and happy family, cast members from the new “Avengers: Infinity War” film came together in this amazing musical parody that takes from the classic “Brady Bunch” musical opener to explain their character’s origin within the Marvel Cinematic Universe.

WATCH – “THE MARVEL BUNCH” FROM “THE TONIGHT SHOW”:

Are you excited for the new “Avengers: Infinity War” film? Let us know in the comments below!

Comments Off on VIDEO: “Avengers: Infinity War” stars assemble to create “The Marvel Bunch” on “The Tonight Show”