AT D23 EXPO 2017, DISNEY PARKS CHAIRMAN BOB CHAPEK ANNOUNCES A NEW RESTAURANT COMING TO EPCOT -- Adjacent to Mission: SPACE will be a new restaurant that will invite guests to travel high above the earth for an unforgettable dining experience.

Last Summer, at the D23 Expo 2017, Disney announced a slew of new attractions coming to Disney Parks around the world, with a heavy focus on Walt Disney World’s Epcot.

Among those new attractions coming to Epcot, was a space-themed dining location to tie in with the popular Mission: SPACE attraction. Today, Disney has announced that this restaurant will be located between Mission: SPACE and Test Track. 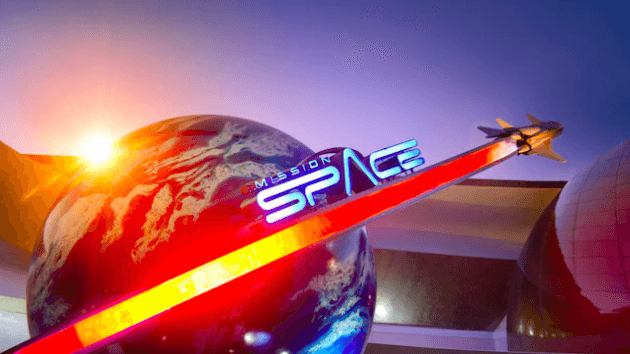 Once completed, the restaurant will offer guests an opportunity to enjoy an amazing dining experience among the stars.

“We know our guests love dining at Epcot – and the restaurants really are out of this world,” Imagineer Tom Fitzgerald said at D23 Expo 2017. “Now we’re about to create one that takes that literally.”

The new restaurant will be operated by Patina Restaurant Group which operates several other restaurants around Walt Disney World, including Tutto Italia and Via Napoli at Epcot and Morimoto Asia and Maria & Enzo’s Ristorante at Disney Springs.