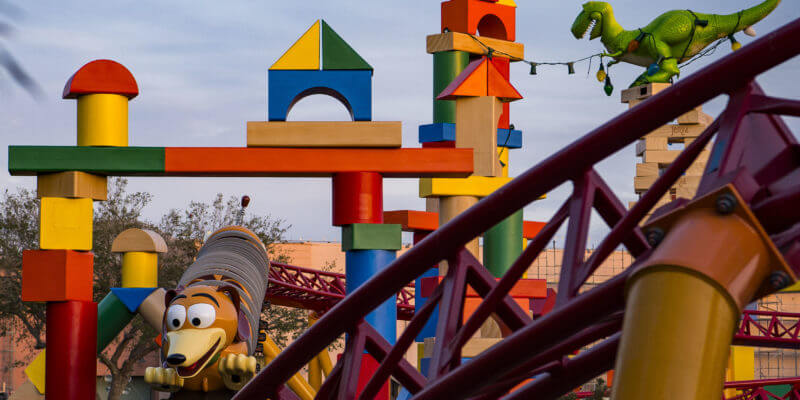 Yesterday, ITM was invited to a special construction update of the coming Toy Story Land to Disney’s Hollywood Studios. Here is a look at what we learned on our visit to the construction site and a special look at coming food and merchandise items to the new land.

First announced at the 2015 D23 Expo, Toy Story Land has come a long way. The area which once was home to the Studio Backlot Tour has truly transformed into Andy’s backyard. During our tour yesterday of the coming land, we were joined by Ivan Chan, Toy Story Land Project Manager, who discussed what had changed in only the last few weeks in the project’s development.

This included the addition of the green aliens and toy rockets being added to the land’s new Alien Swirling Saucers attraction, Cuties installed at Woody’s Lunch Box and the Toy Story Mania marquee, which had been added to the attraction’s new entrance from the land. 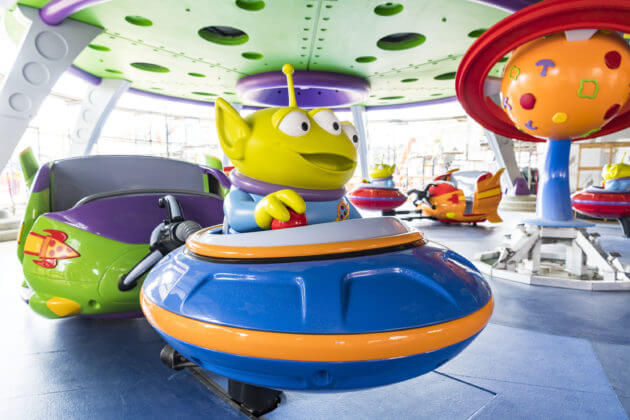 Specifically, the Toy Story Mania marquee was almost finished as it only needs finishing touches before it is to be complete.

As May comes to an end and June 30 approaches, Chan said “these next few weeks is all for the final touches to the land” and that “Every day something is changing.”

One final piece of news that came with the tour was that it had been confirmed that Mr. Potato Head would be featured in the new land. The animated figure will be coming to Toy Story Mania and guests will get to see him when the land opens on June 30.

Are you excited for the new land? Let us know in the comments below!

Comments Off on Construction Update: Toy Story Land nears completion as its opening date approaches in less than 40 days