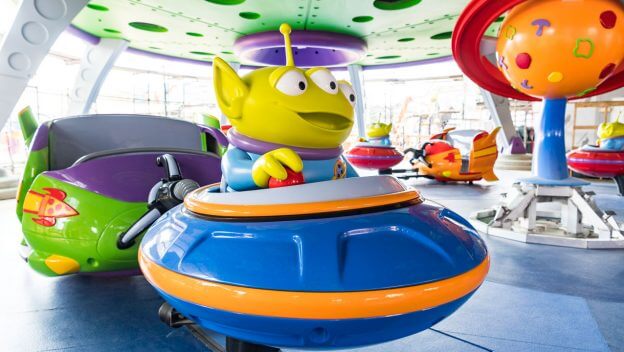 As ABC kicks off a full day of Toy Story Land segments, Walt Disney Imagineering also released a closer look at the new Alien Swirling Saucers attraction and an encounter with Sarge and the Green Army Man Drum Corps.

Part of the upcoming Toy Story Land at Disney’s Hollywood Studios, Alien Swirling Saucers sees Aliens fly around while “The Claw” appears overhead. As riders whirl around toy planets and space stations, you’ll move to the beat of electronic space music. Eight songs will sound familiar, but you’ll hear them in a new space-inspired way. Since the ride looks like a toy from Pizza Planet, keep an eye out for pizza details throughout the attraction, including pizza columns, a pizza space station, and the Planet Pepperonia.

In addition to the new attractions in Toy Story Land, guests will encounter Sarge and the Green Army Man Drum Corps while walking around the land. The Green Army Men will march through the land several times a day and play “Sarge Says” with guests. They’ll also play games with a larger-than-life Pixar ball and crayons.

Guests can also join their interactive boot camp to see if they have what it takes to join the crew in Andy’s Backyard. 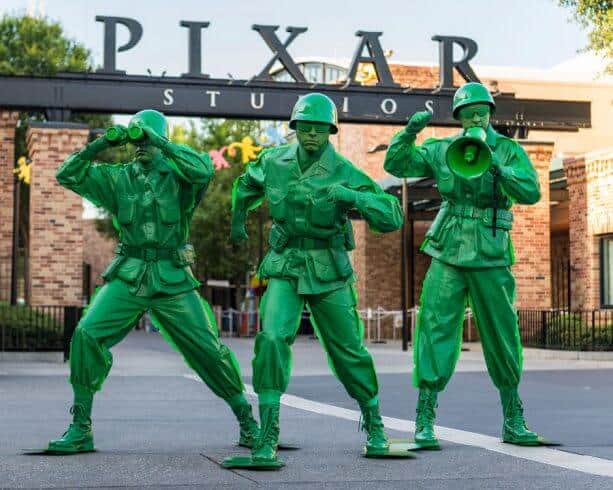