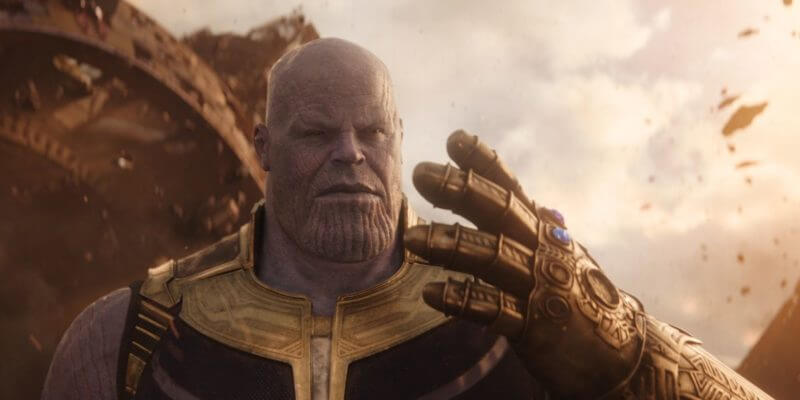 When I attended the “Avengers: Infinity War” press junket this past weekend in Los Angeles, pretty much all of the actors and creative talent present were at a loss for things to say, for fear of spoiling anything from the highly-anticipated new entry in the Marvel Cinematic Universe. And now, in my occasional role as film critic for Inside the Magic, having just seen the movie this morning, I find myself in a similar quandary.

How do I review a movie without saying anything about it? I can give you my opinion, but I have been asked not to (and I don’t want to) reveal any major plot points. Just the first ten minutes alone contain at least one or two cosmos-shattering moments that people will be talking about for years to come. So I’m not even going to touch the specifics of where this movie begins, how it ends, or anything in the middle. But as far as my opinion goes, I was incredibly entertained throughout.


I will also say that directors Joe and Anthony Russo (helmers of previous Marvel success stories “Captain America: Winter Soldier” and “Captain America: Civil War”) have done a fantastic job of drawing together a wide array of characters from different worlds– not to mention different tones– to unite them against a common threat, namely Thanos (played masterfully and shockingly sympathetically by Josh Brolin of “The Goonies”). And that they manage to do this while keeping the universe grounded and believable is a feat in itself.

Not so perfectly seamless are the visual effects, which are serviceable in patches but occasionally fall short, especially when a real person’s face is superimposed on a CGI body, which happens more often than I would have liked throughout the film. That’s a very minor complaint, however, about a movie that goes above and beyond to deliver the goods in just about every conceivable manner. “Avenger: Infinity War” is fun, it’s funny, it’s heart-wrenching, it’s action-packed, and it elicits compassion for both its heroes and its villains in ways that I was not at all expecting.

If this all seems like it would be too much for one two-and-a-half-hour feature, your instincts are similar to mine, but “Avengers: Infinity War” somehow manages support itself under its own weight without feeling overstuffed or unmanageable. I would definitely recommend a refresher course in the previous eighteen MCU movies before diving into this one, however, as Marvel Studios president Kevin Feige has steadily improved his overseeing eye for series continuity and character consistency between all these interwoven films.

The last thing I’ll say in this spoiler-free review is that while these movies are rightfully considered critic-proof at this point, it impresses me to no end that the Disney-owned Marvel and its reigning powers that be strive so hard to make them not only watchable, but captivating. I sat on the edge of my seat for most of this movie, and as it went on it took everything in my own power not to leap to my feet during some of biggest reveals and most compelling moments.

When the Marvel Cinematic Universe does what it does best, it’s firing on all cylinders adapting fifty years worth of iconic comic book stories to the big screen. “Avengers: Infinity War” is a prime example of that commitment to quality and excitement. If you’re a fan of the franchise– casual, obsessive, or anything in between– I can’t imagine you not enjoying this, the biggest and most sensational Marvel movie so far.

“Avengers: Infinity War” will be released into theaters nationwide this Friday, April 27th.

Comments Off on REVIEW: “Avengers: Infinity War” thrillingly assembles the Marvel Cinematic Universe against its biggest threat yet