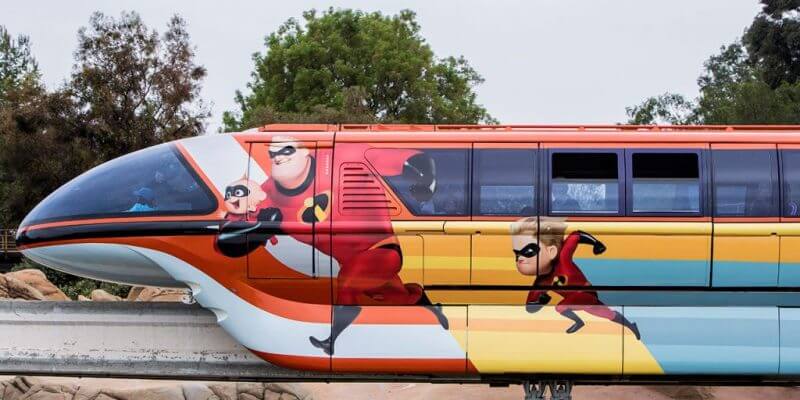 As Pixar Fest prepares to take over Disneyland Resort starting next week, the Disneyland Monorail has received a special Pixar makeover for the event.

We got glimpses of the updated monorail when it debuted last week, and now Disney has released a few photos of the orange and blue Mark VII trains featuring characters from Disney-Pixar’s “The Incredibles” and “Finding Nemo.”

On the orange train, Mr. Incredible, Elastigirl, Violet, Dash, and Jack-Jack can be spotted racing along one side, while Frozone appears on the other side. 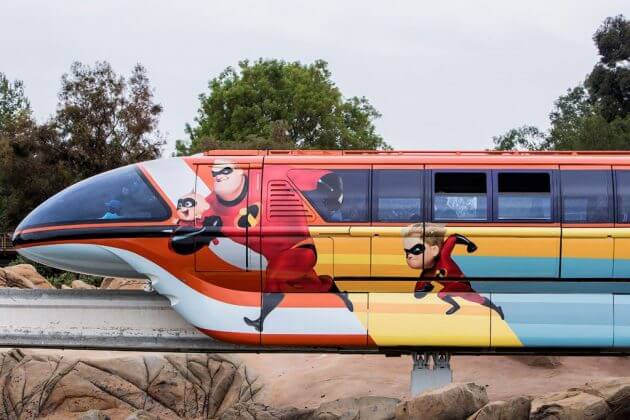 The blue train has been wrapped with a massive wave and Crush can be spotted surfing with his pals Nemo, Marlin, and Dory. 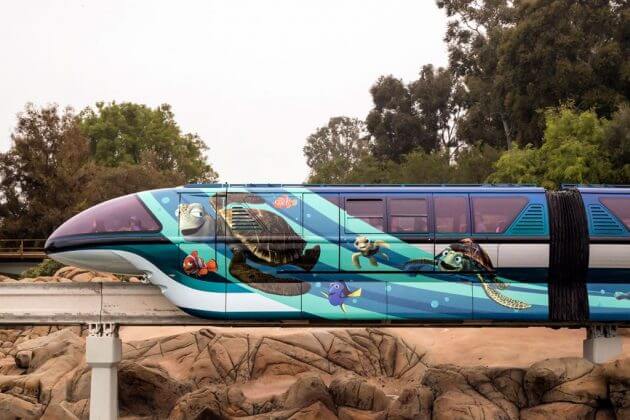 Here are a few other snaps of the fun Pixar-themed Disneyland Monorail trains: 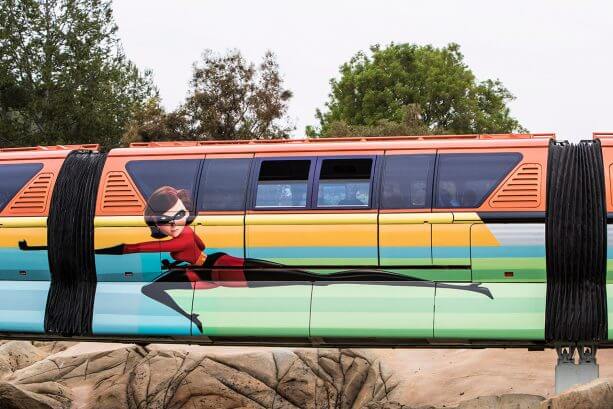 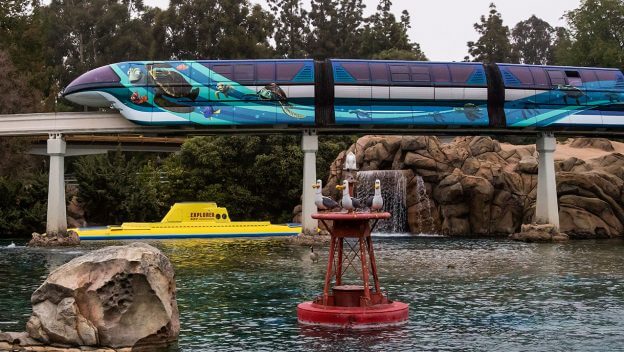 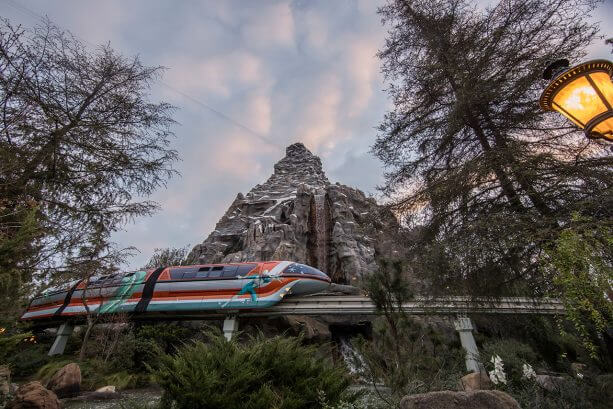 The red train is expected to join the fun for Pixar Fest soon. In case you missed it, see our video of the Pixar-themed Disneyland Monorail in action below.

Pixar Fest kicks off on April 13 at Disneyland Resort. For more information, visit the Disneyland website and find more of our Pixar Fest coverage here.

Comments Off on PHOTOS: “The Incredibles” and “Finding Nemo” trains debut on Disneyland Monorail ahead of Pixar Fest