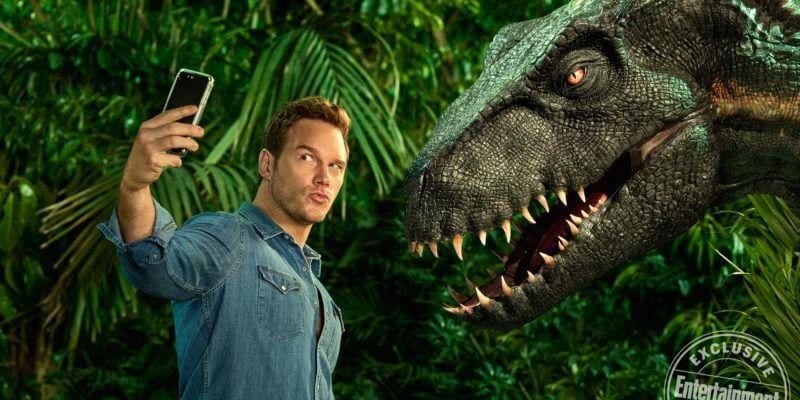 Jurassic World: the Fallen Kingdom stomps into theaters on June 22, and Entertainment Weekly has new photos of the stars and their dinosaur friends.

Chris Pratt and Bryce Dallas Howard return for the new movie, which is directed by J.A. Bayona. Four years after the destruction of Jurassic World, Owen Grady (Pratt) and Claire Dearing (Howard) return to Isla Nublar to save the remaining dinosaurs from a volcano that’s about to erupt.

Below, scroll through to look at Entertainment Weekly’s fun photo shoot with the cast and a few images from the new movie. 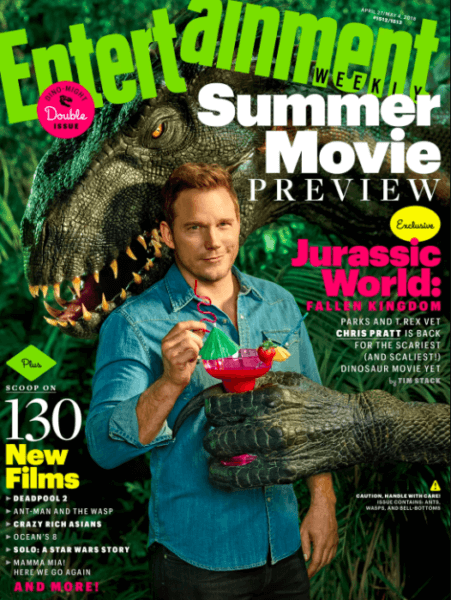 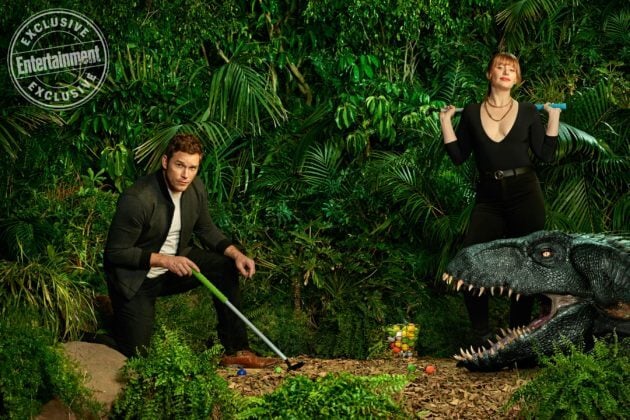 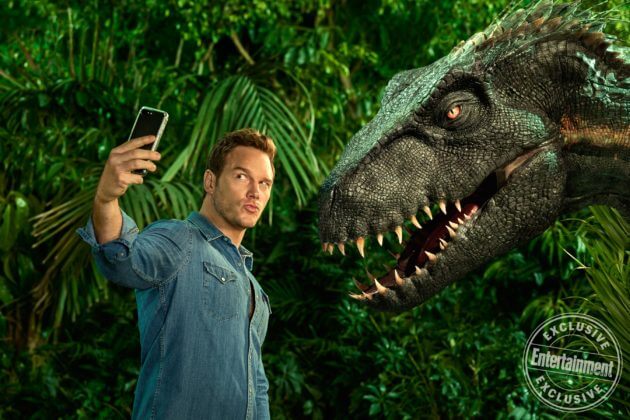 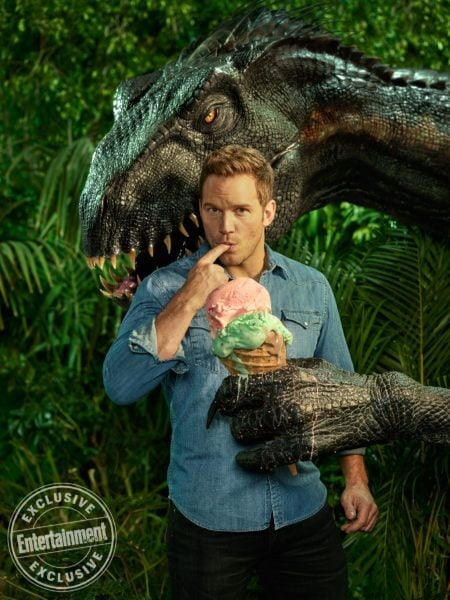 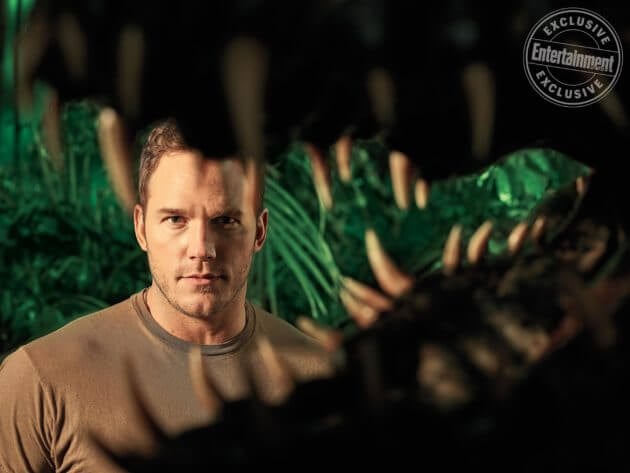 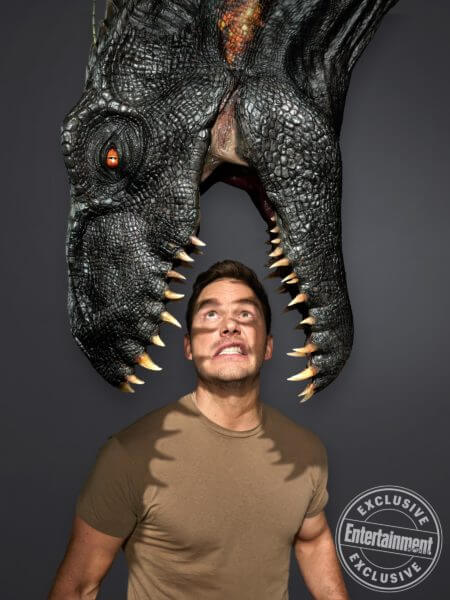 Head over to their website for more of Entertainment Weekly’s cover story on Jurassic World: the Fallen Kingdom.