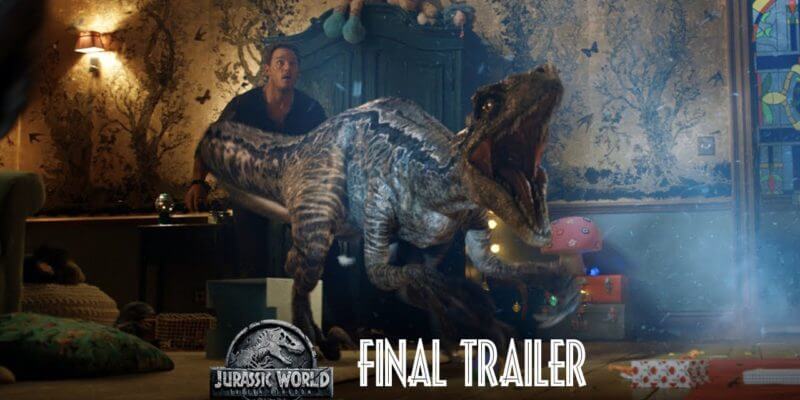 We’ve known for a while that “Jurassic World: Fallen Kingdom,” the sequel to “Jurassic World,” brings our heroes back to the destroyed park on a mission to save the remaining dinosaurs. However, as this final trailer reveals, there’s a darker side to that mission.

As it turns out, the rescued dinosaurs are meant to be sold to bidders hoping to own the most dangerous creatures in the world. The trailer previews intense, action-packed moments mixed with Ian Malcolm’s dire warning for the future of mankind. “Welcome to Jurassic World,” he says dryly.