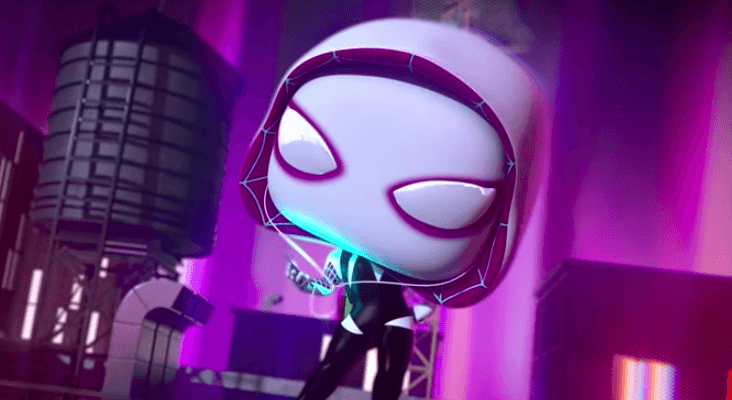 Venom has been a thorn in Spider-Man’s side for 30 years now, fighting the wall-crawler in comic books, cartoons and movies. Now, it’s Spider-Gwen’s turn.

Marvel and Funko have teamed up for yet another delightful animated short in which the spunky Spider-Gwen takes on the symbiotic super villain on a rooftop, all without turning off her tunes.

Previous videos from the ”Marvel Funko Presents” series can be found on Marvel Entertainment’s Youtube page, including a cosmic sleigh ride with Groot and Star-Lord and a submarine battle between Captain America and the Red Skull.

Comments Off on VIDEO: Spider-Gwen and Venom do battle in a new Marvel & Funko animated short