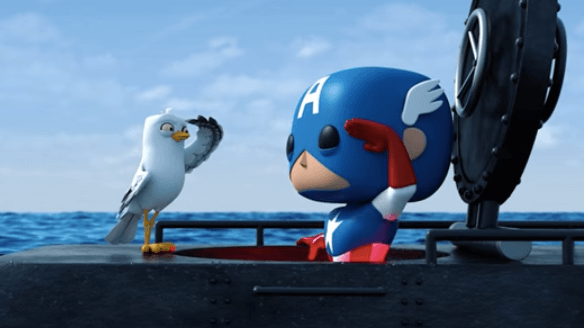 Every hero has his nemesis. For Captain America, that’s the Red Skull. The two have been doing battle on the pages of comic books for nearly 80 years and even came to blows on the big screen in “Captain America: The First Avenger.” None of their fights have ever been quite as adorable as this one though.

Marvel and Funko have teamed up to put together another short video, this time pitting Cap against his long time rival. The two Marvel icons have at it in a submarine after Red Skull attempts to launch an attack on Manhattan.

Previous videos from the ”Marvel Funko Presents” series can be found on Marvel Entertainment’s Youtube page, including a cosmic sleigh ride with Groot and Star-Lord.

Comments Off on VIDEO: Captain America and the Red Skull battle in a new short from Funko