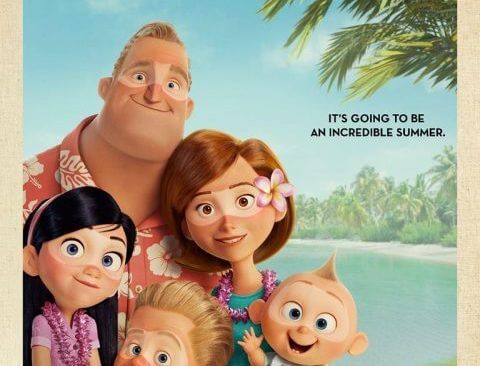 Disney has released a new “Incredibles 2” poster depicting the Parr family on a tropic getaway.

“The Incredibles” first hit the big screen back in 2004, which was where the world first met the compelling Parr family. This new poster, which shows the superheroes in a relatable family photo, could make anyone fall in love with this animated family all over again.

“It’s going to be an incredible summer,” the tagline reads on the poster, referencing the film’s mid-summer release later this year. 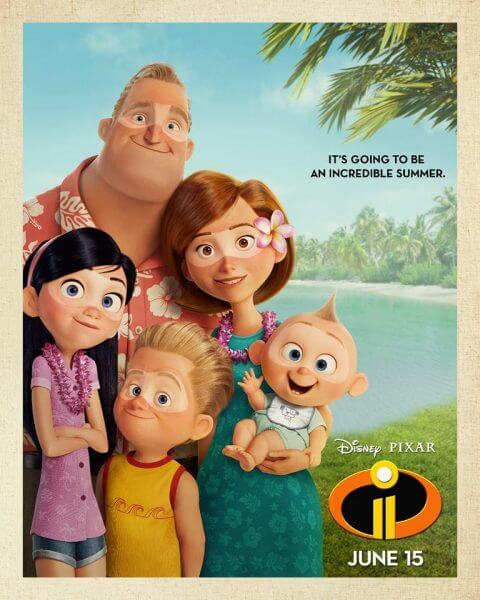 For any fan of the first film, you may notice in the poster that each family member has a tan line matching the shape of the family’s superhero masks. Maybe the Parrs just finished a big mission and decided to celebrate by catching some rays at the beach?

Here is the official synopsis for “Incredibles 2”:

Helen (voice of Holly Hunter) is called on to lead a campaign to bring Supers back, while Bob (voice of Craig T. Nelson) navigates the day-to-day heroics of “normal” life at home with Violet (voice of Sarah Vowell), Dash (voice of Huck Milner) and baby Jack-Jack—whose superpowers are about to be discovered. Their mission is derailed, however, when a new villain emerges with a brilliant and dangerous plot that threatens everything. But the Parrs don’t shy away from a challenge, especially with Frozone (voice of Samuel L. Jackson) by their side.

Incredibles 2 is set to hit theaters on June 15, 2018. Are you excited about the film’s premiere? Let us know in the comments below!