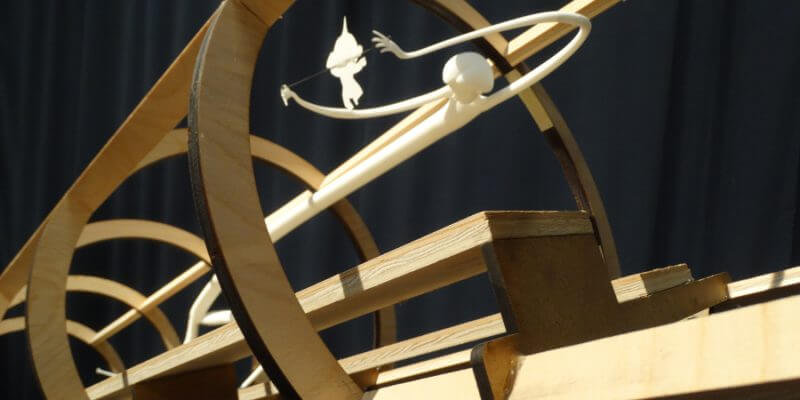 One of the most highly-anticipated (and most talked-about) changes coming to Paradise Pier’s complete retheming into Pixar Pier at Disneyland Resort is the Incredicoaster, currently under construction replacing the popular California Screamin’ roller coaster at Disney California Adventure. Up until recently, we’ve known very few details about the Incredicoaster, save for the fact that it is inspired by Pixar’s hit superhero movie “The Incredibles” and its upcoming sequel, “Incredibles 2.”

During the Pixar in the Parks media event over the weekend at Walt Disney Imagineering headquarters in Glendale, Imagineer Jeffrey Shaver-Moskowitz clued us in on some more specifics about what we can expect when the new ride opens with Pixar Pier.

According to Shaver-Moskowitz, the Incredibles neighborhood of Pixar Pier will be “the biggest departure from what we know of the area. It’s styled after the production design of ‘The Incredibles.’ It’s very mid-century, very Edna Mode, very Palm Springs, very ’64 World’s Fair. It’s all those things that are so fun to work in, brought to life for this coaster.”

“One of the biggest changes is to our load area, which formally calls to some things you’re going to see in ‘Incredibles 2.’ We’ve got a great welcome archway to welcome you to the land. It’s a beautiful water wall off to the side, bringing some nice cooling areas and a great place to meet some of our ‘Incredibles’ friends.”

“Our story is that you are here on the inaugural launch day that the municipality of the pier has rededicated the coaster to the Incredibles. The Incredibles are here to ride the coaster as well, and we’ll have these great queue videos on your way into the load area. Basically, Edna and Jack-Jack are too short to ride, so they’re going to be hanging out in the VIP area while the Incredibles go on the ride.” The ride then proceeds through the various Incredibles family members attempting to get Jack-Jack under control as he cycles through his various powers. The second lift hill pictured above featured a 50-foot long stretched Elastigirl trying to grab the berserk baby. “All of this is paired with an amazing new score by Michael Giacchino. He’s doing it specifically for the coaster using his themes from ‘The Incredibles’ and ‘Incredibles 2,'” says Shaver-Moskowitz.

Additionally, all of the voice actors from the movies have recorded the audio for their characters in the new ride, including Craig T. Nelson (Mr. Incredible), Holly Hunter (Elastigirl), Sarah Vowell (Violet), and director Brad Bird (Edna Mode). The Incredicoaster opens with Pixar Pier on Saturday, June 23rd at Disneyland Resort in Anaheim, California. Below are the cast member costumes both both the overall area and its main attraction.