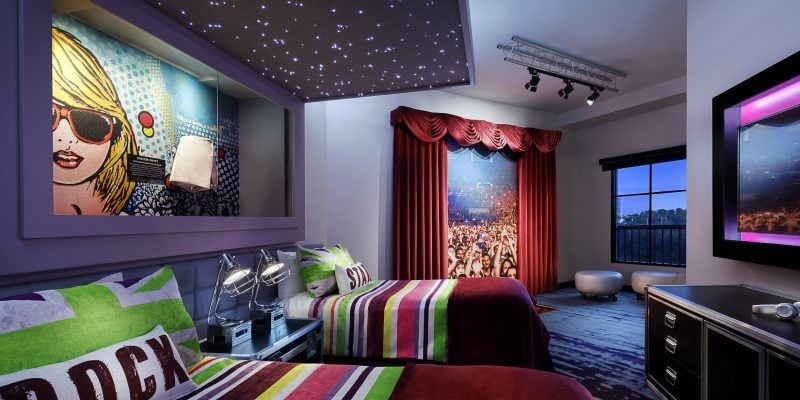 Designed with tweens, teens, and aspiring young rock stars in mind, the newly redesigned suites feature a stage with liquid flooring and lights, a twinkling starlight canopy over the beds, and a new Hard Rock memorabilia from current superstars.

Below, take a look at the rockin’ new suites at Universal Orlando’s Hard Rock Hotel.

Each suite features an item donned by a music celebrity, marking the first time memorabilia has been installed in Guest rooms at the Hard Rock Hotel at Universal Orlando. Every Future Rock Star Suite consists of a king room that connects through a “stage door” to a room with two twin beds and roadie case-inspired furniture. 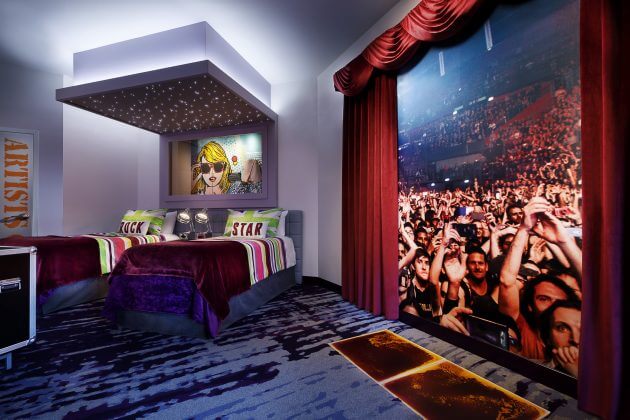 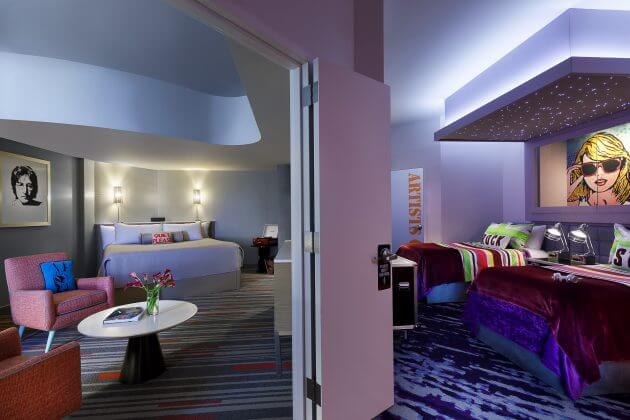 For more information on Hard Rock Hotel at Universal Orlando, head over to their website.