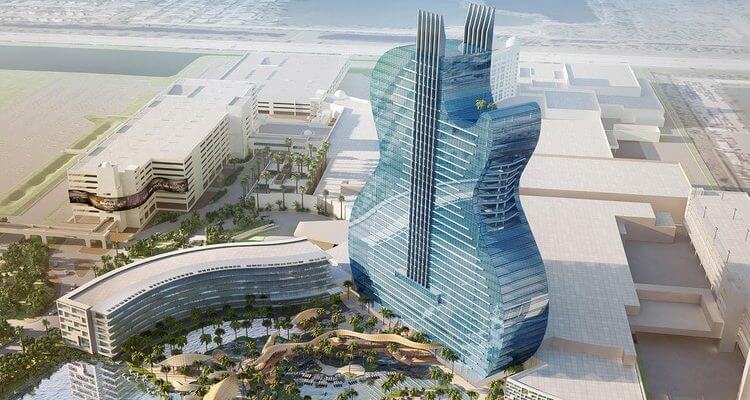 Florida is home to some extravagant hotels. Between Walt Disney World, Universal Orlando Resort and other tourist destinations around Orlando, Tampa and Miami, you certainly find some over-the-top lodging options. But Hard Rock International has plans to take Florida’s hotel game to the next level.

The hotel and casino company has announced plans for a new 638-room expansion to their Hollywood, Florida location that includes a 450-foot guitar-shaped building.

The new hotel, which will be designed to appear as two guitars back-to-back, will also feature a 41,000 square foot spa as well as several restaurants and lounges. The expansion will bring the room total at Seminole Hard Rock Hollywood to 1,270.

“We think the architectural design in itself creates an amazing attraction,” said James Allen, CEO of Seminole Gaming and chairman of Hard Rock International. “There is truly, with zero exaggeration, nothing like it in the world.”

The new expansion is expected to be completed in summer 2019.