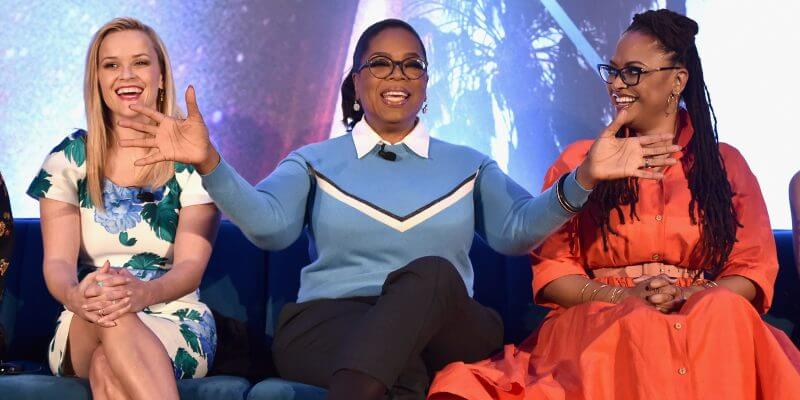 Are you ready to tesser to a vibrant world of science-fiction fantasy? Disney’s new feature-length live-action adaptation of the classic 1962 novel “A Wrinkle in Time” by Madeleine L’Engle is set for release next month, and in celebration the studio held an enlightening press junket with the film’s cast and creative team in Los Angeles over this past weekend.

On display outside the hall where the press conference was held were three elaborate costumes from “A Wrinkle in Time” (different from the ones currently on exhibit at Disneyland Resort) worn by the characters of Mrs. Which (played by Oprah Winfrey), Mrs. Whatsit (Reese Witherspoon), and Mrs. Who (Mindy Kaling).


After the press conference ended, I had the opportunity to speak one-on-one with producer Catherine Hand, so look for that in-depth interview about the process of bringing this beloved story to the big screen coming soon.

Disney’s “A Wrinkle in Time” will be released into theaters nationwide on Friday, March 9. Comments Off on VIDEO: Disney’s “A Wrinkle in Time” cast, creative team unite for Oprah-riffic press conference in Los Angeles