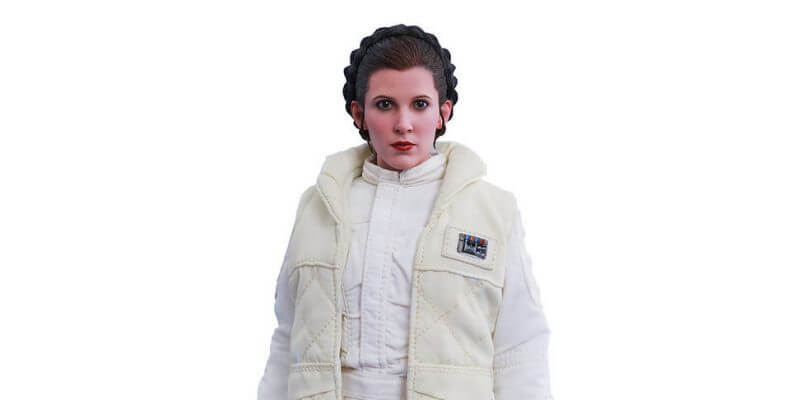 shopDisney has a massive selection of Disney, Pixar, Star Wars, Marvel, and Disney Parks merchandise and new items are added every day. These 5 collectible figures are highly detailed, film-accurate depictions of some of your favorite characters from “Star Wars,” “Beauty and the Beast,” and “Pirates of the Caribbean.”” Take to the high seas with this incredibly detailed Jack Sparrow Figure ($269.95). Crafted with authentic, film-accurate details, this Jack Sparrow collectible features over 30 points of articulation and two interchangeable faces with separate rolling eyeballs, lifelike beard, and plaits on his chin. Bring this figure home and get ready to set sail for “Pirates of the Caribbean”-inspired adventure. This lifelike Princess Leia Figure ($224.95) captures the rebel leader during the battle of Hoth in “Star Wars: The Empire Strikes Back.” Featuring movie-accurate facial expression and makeup, detailed hair, and over 28 points of articulation, this figure will take you right back to the first time you saw the movie. Chewbacca is ready for action with this expertly crafted figure ($504). Featuring finely sculpted fur, this limited edition figure captures Chewie with movie-accurate detail. He stands on a Millennium Falcon-themed base and carries his trusty bowcaster, so he’s always ready for the next adventure. Emma Watson played the iconic role of Belle in Disney’s live-action “Beauty and the Beast,” and her likeness is expertly captured in this Belle Figure ($234.95). Featuring highly-accurate facial expression and makeup, over 26 points of articulation, and an intricately layered ball gown, this figure will prove as timeless as the movie. Inspired by “Rogue One: A Star Wars Story,” this Jyn Erso Figure ($504) captures the character with film-accurate detail. With a limited edition set of 500, the Jyn Erso figure includes an interchangeable head sculpt with hat and goggles and stands on a highly detailed platform base.

Comments Off on New on shopDisney (2/28/18): 5 Disney Characters as Highly-Detailed Collectible Figures