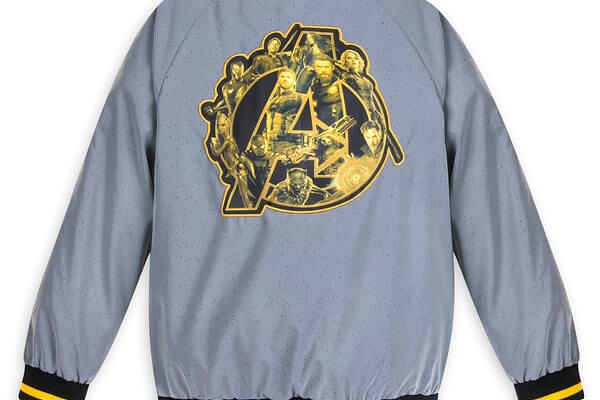 Iron Man, Thor, the Hulk and the rest of the Avengers will return this May when the take on the Mad Titan Thanos in “Avengers: Infinity War.”

To help fans prepare for the mission, beginning March 3, Disney store and shopDisney will offer an assortment of Marvel’s “Avengers: Infinity War” toys, figures, apparel and accessories, including: As Thanos tightens his grip on the universe, you’ll get a better grip on your mornings as you sip from this sculpted Infinity Gauntlet mug featuring jeweled details. The Thanos Infinity Gauntlet Mug will retail for $16.95. They’ll feel unstoppable in this cozy, lightweight bomber jacket featuring their favorite characters from Marvel’s “Avengers: Infinity War.” A reflective exterior shimmers like an Infinity Stone, while the galaxy’s heroes have their back. The Avengers: Infinity War Reflectiv Bomber Jacket for Kids will retail for $29.95. Power-up your palms in this pair of Iron Man light and sound repulsor gloves, direct from Stark Labs. With multiple play features like missile-firing action, lighted repulsor, and authentic sound effects, you’ll be amply armored for battle. The Iron Man Repulsor Gloves will retail for $24.95. They’ll be in their element like Star-Lord when they’re saving the galaxy while dual-wielding these element blasters from Marvel’s “Avengers: Infinity War.” The blasters feature cool lights, sound effects, and fire darts up to 13 feet. The Star-Lord Element Blasters will retail for $24.95.