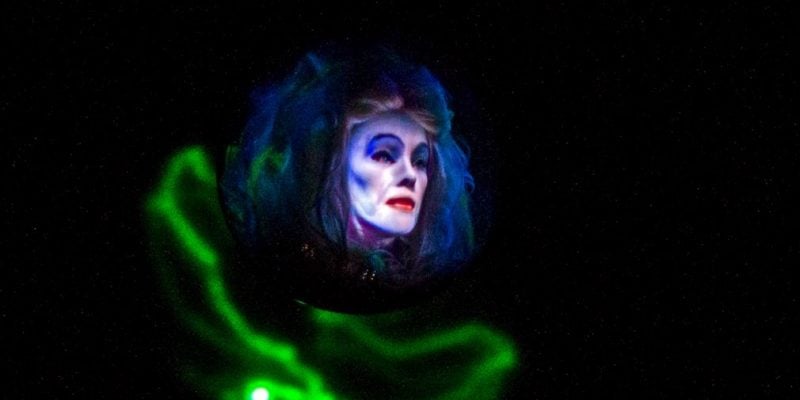 Making sprits rise, “Once Upon a Time” (ABC Fridays 8 pm) has made final arrangements for an enchanting addition during its swan song seventh season.   Madame Leota, Disney’s familiar floating female phantom from the world-famous Haunted Mansion, is about to come out and socialize.

Assuming the role of the infamous incantation incarnation is Suzy Joachim (“Being Erica,” “Just Cause”) and we couldn’t be more thrilled for this happy haunt to materialize this March. Suzy Joachim is no stranger to the small screen. She has appeared on numerous popular television shows like “The X-Files,” “Andromeda,” “iZombie” and “The Twilight Zone.”

Joachim will be casting her spell in the seventh season episode entitled “Secret Garden.”  This haunting episode of “Once Upon a Time” is set to air March 2nd on ABC. Not only will the famous floating phantom be part of the soon to materialize season, but she’s said to be a “gatekeeper at a haunted house.”

In addition to the fortune-ate news of Leota’s rising to the occasion of joining “Once Upon a Time,” Haunted Mansion fans will be delighted to discover that some recognizable whisperings heard in the haunted attraction might materialize as familiar dialogue is sure to float in as part of Leota’s lines. In this last season of ABC’s realm of iconic Disney characters, the casting of Suzy Joachim as Madame Leota proves there’s always room for one more.