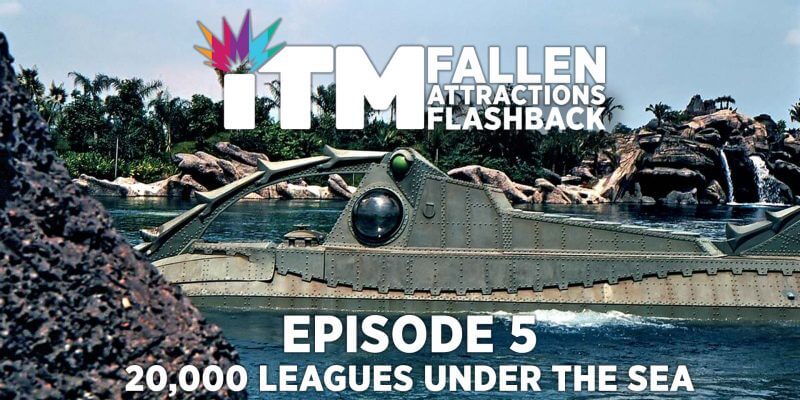 This YouTube series takes viewers back in time to the attractions of theme parks past.

Fallen Attractions Flashback revolves around fallen attractions that were once found in theme parks all around the world. This includes theme parks such as Disney, Universal Studios, SeaWorld and many other famous chains and independent parks.

On this week’s episode we’re taking a look back at an under-the-sea journey aboard a submarine, 20,000 Leagues Under the Sea: Submarine Voyage. This attraction, which first opened back in 1971 at Magic Kingdom in Walt Disney World, was based on the famous film starring Kirk Douglas. On this subaquatic journey, guests of Magic Kingdom were taken to the deep depths of the ocean to see marine life and incredible views of the lost city of Atlantis. The attraction also included one of the more iconic scenes from the film, an attack by a giant squid.

Also be sure to check out our last episode, where we went back in time at Magic Kingdom in Walt Disney World to look at Delta Dreamflight. In this flashback, we took a look at this beloved attraction which used to revolve around the history of flight.

Comments Off on Fallen Attractions Flashback – Episode 5: 20,000 Leagues Under the Sea: Submarine Voyage