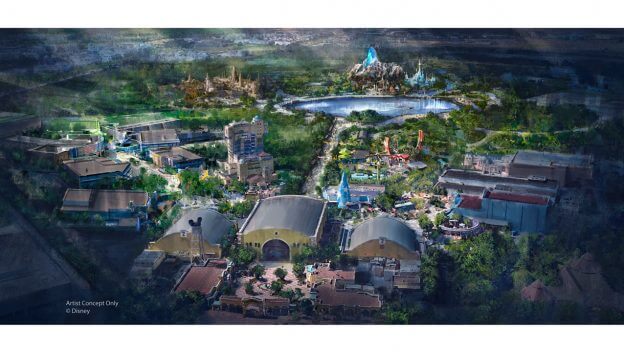 The plans will transform Walt Disney Studios Park and add three new areas themed to Marvel, “Frozen,” and “Star Wars,” along with new attractions and entertainment. A new lake will be the focal point and connect all three areas.

This is one of the most ambitious projects for Disneyland Paris since it opened in 1992. Below, take a look at the concept art for the expansion (click to enlarge).

“We’re very excited about the future of Disneyland Paris and continue to invest in its long-term success,” said Iger. “The resort is already the leading tourist destination in Europe, and the transformative expansion we announced today will add even more of our beloved characters and unparalleled storytelling to create new lands, attractions, and entertainment that further elevate the guest experience and drive new opportunities for tourism in this dynamic region.”

Development will begin rolling out in phases starting in 2021 and includes the previously announced reimagining of Rock ‘n’ Roller Coaster Starring Aerosmith as a high-speed adventure with Iron Man.