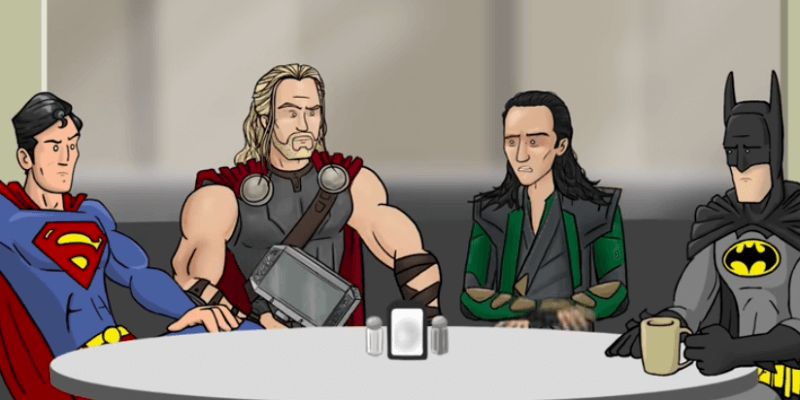 “Thor: Ragnarok” was a massive hit and one of the biggest movies of 2017. Thor’s triumphant return, which featured the superhero teaming up with the Hulk, made for one of Marvel’s most successful movies to date.

But of course, even the God of Thunder isn’t safe from “How It Should Have Ended.” The latest edition of the comedy series provides a few alternatives for how Thor’s latest adventure could have played out.

WATCH – HOW “THOR: RAGNAROK” SHOULD HAVE ENDED:

As is the norm, the latest video brings in characters from other movies including Voldemort, Emperor Palpatine, the Joker and of course Batman and Superman. Loki even takes a cheap shot at the recent “Justice League” movie.

You can see how “Thor: Ragnarok” really ended when it becomes available on Digital HD, 4K Ultra HD, and Movies Anywhere February 20 on Blu-ray and 4K Ultra HD on March 6.

Comments Off on VIDEO: “Thor: Ragnarok” gets rewritten by “How It Should Have Ended”