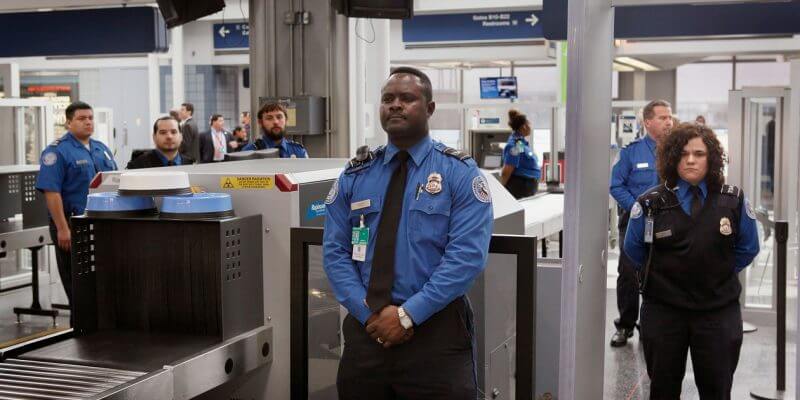 UPDATE 1/18/18: As of this week, all 50 states have either met the January 22 deadline to become compliant with Real ID or have an extension to do so. Passengers will not require passports to travel domestically and will continue to use their driver’s licenses.

ORIGINAL POST 6/27/18: Traveling can already be difficult and frustrating. But starting soon, it’s going to get just a little bit harder for some travelers in the United States. Driver’s licenses from nine states will no longer be acceptable forms of identification at TSA checkpoints starting in 2018 for those traveling on commercial flights.

The nine states are:

Starting next year, a passport, military ID, or permanent resident card will be required to pass through TSA security at airports unless changes are made to the licenses in these states.

The good news is that Maine, Minnesota, Missouri, Montana, Pennsylvania, South Carolina, and Washington have already moved forward with actions to make their state licenses Real ID compliant. Most, if not, all of these states should be ready to issue new licenses before the required deadline.

If all goes to plan, residents from these eight states may be able to avoid having to show a passport, military ID, or permanent resident card. But Kentucky isn’t so lucky.

As of now, Kentucky won’t have a Real ID license ready until 2019. 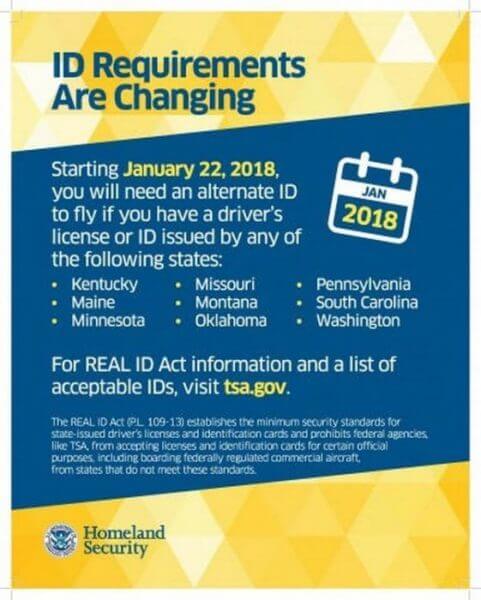 The TSA began placing signs around airport security checkpoints last week to inform passengers of the new regulations going into effect next year.

The Department of Homeland Security offers a handy map showing which states comply with Real ID, which have received extensions to reach compliance, and which are not compliant: 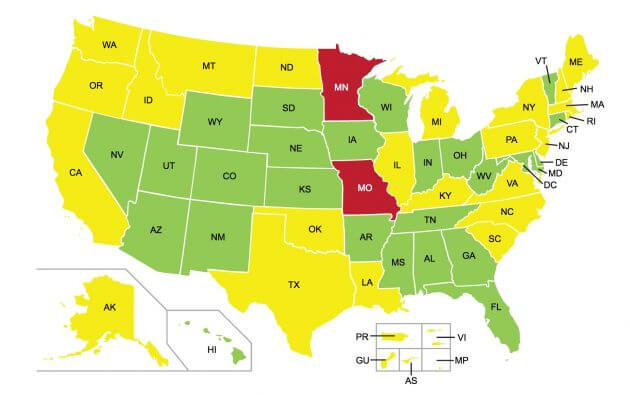 Travelers who are not from these nine states will not be affected by the new regulation. However, by 2020 all travelers must have identification in compliance with the REAL ID Act of 2005. Currently, only 24 states meet those standards.