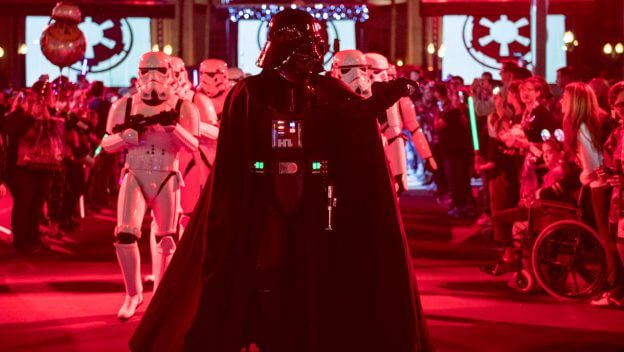 Star Wars: Galactic Nights brought the magic of the Star Wars universe to life at Disney’s Hollywood Studios just after the theatrical release of “Star Wars: The Last Jedi” back in December, and at Star Wars Celebration in April 2017 prior to that.

Today, Disney announced the return of the popular event will coincide with the May release of “Solo: A Star Wars Story.” The springtime event will also include the Star Wars: Galactic Destinations projection show that first debuted at the event in December. This mesmerizing nighttime show transforms the Hollywood Tower Hotel into some of the most memorable locations from the ten Star Wars films.