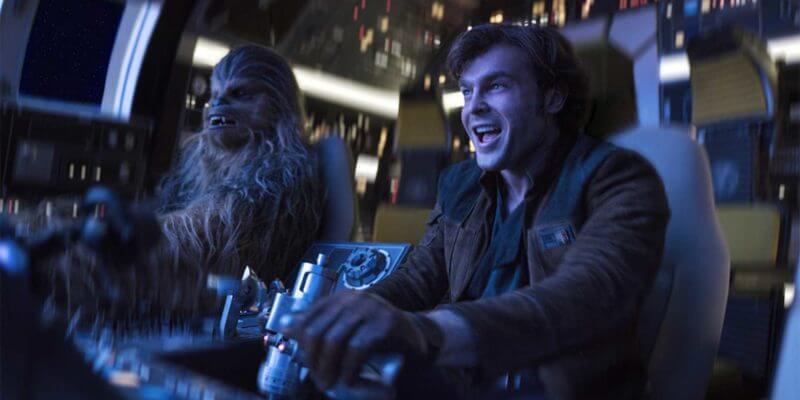 I, like many of you, am a “Star Wars” fan. I can remember watching the originals when I was young, seeing the prequels in theaters and getting excited all over again when the newer films were released.

However, not all of us are “Star Wars” fans. I know sometimes it seems like “Star Wars” is all anyone is talking about, but I promise, not everyone loves “Star Wars.”

So when a new movie like “Solo: A Star Wars Story” hits theaters, should those people completely ignore it or can it be a reason for them to become “Star Wars” fans? That’s what I wanted to know, and thanks to a friend of mine, I now have an answer.

I brought my friend to see “Solo: A Star Wars Story” despite the fact that he had never seen any “Star Wars” movie in the past. That’s right, NEVER. Not a single one. Not an original, not a prequel, nothing. He was going into the theater with almost a completely blank slate.

I say almost because, well, everyone has at least heard of “Star Wars” and has gathered a little bit of information. So before we go to the theater, I asked him about his existing “Star Wars” knowledge.

“I know the basic general plot. Luke Skywalker is Darth Vader’s son or whatever,” he said. “The Death Star was blown up in one of the movies, I don’t know which one. Yoda is a green thing that speaks in riddles and a master Jedi of some sort.” 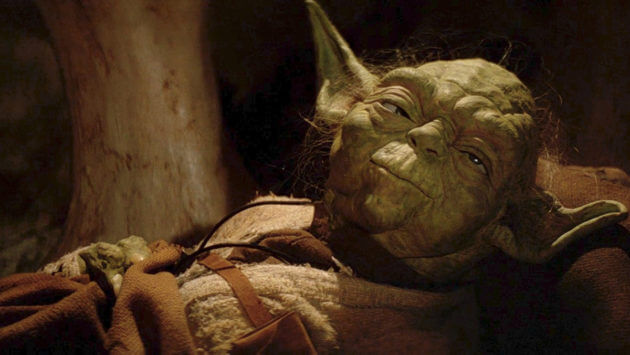 Other characters he went on to list included Boba Fett, Darth Maul, Chewbacca and, luckily, Han Solo. He did not know much about those characters though, including Solo.

“I know Harrison Ford was Han Solo,” he said. “I don’t know much else, I think him and Chewbacca are friends or something.”

So you get the idea. By no means is he a “Star Wars” fan. He did say he was excited to see the movie as a fan of Donald Glover, but the fact that this was a “Star Wars” movie had nothing to do with his interest. 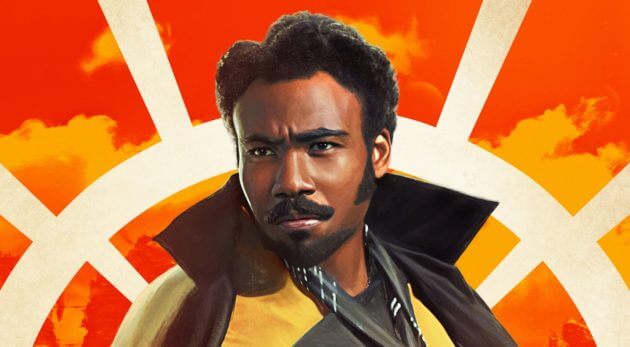 So without knowing much about “Star Wars” at all, was “Solo: A Star Wars Story” going to be enjoyable? Would it be possible to become invested in the characters or even understand what was going on?

After we watched the movie, I was itching to find out what his thoughts were and whether or not he was able to enjoy it.

“I liked it. I really liked it,” he said after leaving the theater. “It was good enough as a standalone movie. I enjoyed it for having not seen anything ‘Star Wars’ before.”

He went on to explain how he felt about some of the characters, and it surprisingly matched up pretty well with what “Star Wars” fans would have already known.

“I felt like Han Solo was the only relatable and likable character,” he said. “It seemed like a world where everyone was terrible and you can’t trust anybody and he was the only good one.”

Knowing Solo’s past and his shady profession, it would make a lot of sense to those who know “Star Wars” that this movie would be filled with some less than reputable characters. Obviously, he didn’t know much about Solo going in, so he only sees him as the hero of this film.

So did that make Solo his favorite character? Or did someone else steal the show?

“From a pure character standpoint yes, Han was my favorite. Maybe,” he said, laughing. “I don’t know. Lando is cooler but Han might be my favorite.”

Again, that checks out with what we knew. Han is a fantastic character, but Lando is just downright cool. 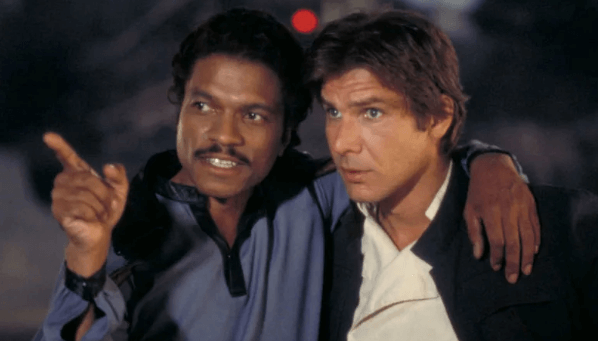 “I was definitely able to get into it and didn’t really feel like I was missing out on anything big,” he said. “I didn’t really understand what some of the different creatures and species were, but in the end it was fine.”

Of course, as in any other “Star Wars” movie, there are plenty of strange creatures in “Solo: A Star Wars Story.” Just like most of the others, these new creatures aren’t really explained at all, so he wasn’t missing out on anything we don’t normally miss out on. 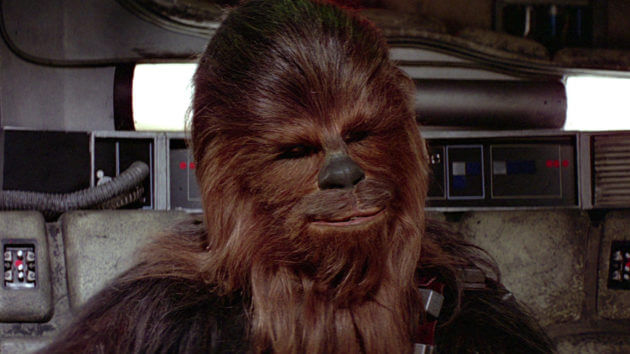 He did admit that he almost gave up on the movie early because of one of the sillier creatures. I won’t get into specifics so as to not spoil anything.

“I almost tuned out in the beginning,” he laughed. “Whatever that creature is, that species, or thing, [it] was kind of lame.”

He went on to explain though that while he didn’t understand or like some of the alien characters, it didn’t completely take him out of the movie.

“I was still able to follow everything without ever seeing any other movie or knowing what these things were,” he said. “I never got lost.” 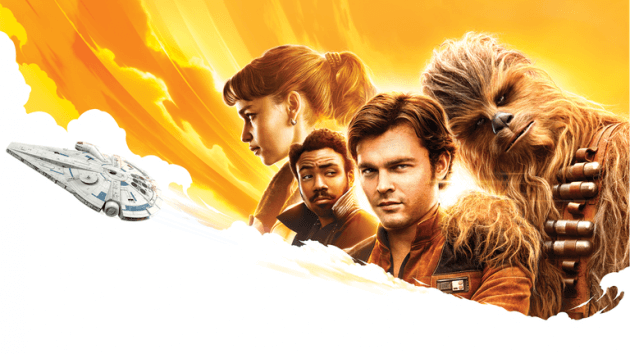 So he was able to get into the story and didn’t feel like he was missing out, but was this enough to make him more interested in “Star Wars” movies? Would this make him any more or less likely to finally watch the original films?

“It does make me more intrigued to watch the original trilogy to at least see more of Han Solo,” he said. “It’s only really from that regard though. It doesn’t get me excited for the whole franchise. It makes me want to know what happens with the rest of this story but it doesn’t get me interested in the rest of Star Wars.”

He went on to run through his interest level on the other “Star Wars” films after seeing this one. 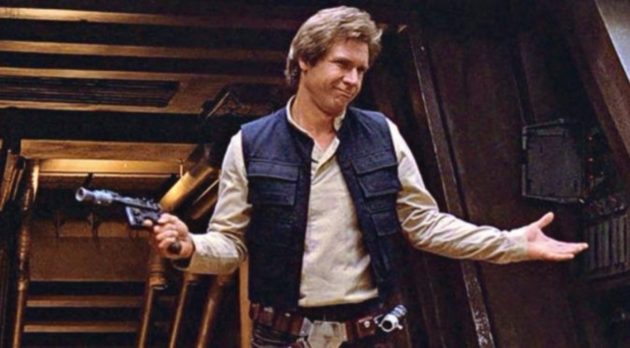 So there you go. This movie took someone who has never seen any “Star Wars” movie before and knew next to nothing about Han Solo and completely sold him on the character while also getting him more interested in watching episode four. If that’s not a job well done for a movie titled “Solo: A Star Wars Story,” I don’t know what is.

So if you’ve never seen a “Star Wars” movie yourself, or you know someone in that situation and you’re considering seeing “Solo: A Star Wars Story,” give it a shot. You might be pleasantly surprised.

Of course, this movie wasn’t only for people who have never seen “Star Wars” before. You can check out our full, more experienced, review here.