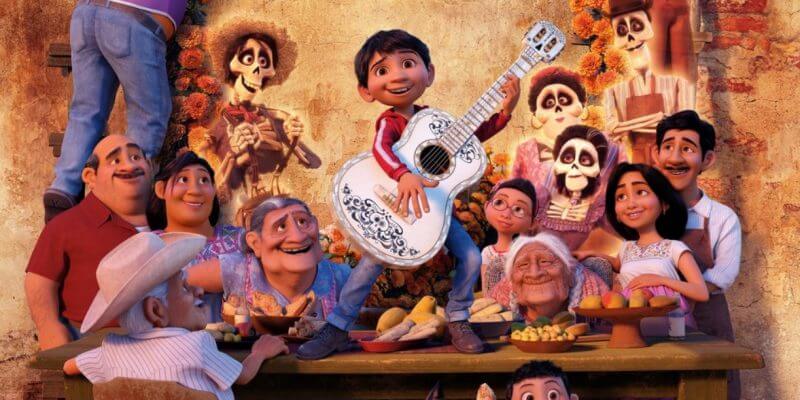 Now that the Golden Globes are over, it’s officially Academy Awards season again– and that means all the major studios (and plenty of independent distributors) are campaigning to take home Oscar gold. Disney, for its part, released eight theatrical feature films and two shorts in 2017. Let’s break down their chances of being rewarded with one of those famous statues.

“Coco” –  Pixar’s 19th movie seems like it might be a shoo-in for the Best Animated Feature category, though there are a couple dozen other eligible possibilities (including high-profile releases “Despicable Me 3,” “Ferdinand,” and “The LEGO Batman Movie”) and the nominees won’t be announced until January 23rd. “Coco” was a crowd-pleasing hit with both audiences and critics alike, so this could be Disney’s only 100% sure-thing this year. But see also: Best Original Song for the tear-jerker ballad “Remember Me.”

“Cars 3” – As far as prestige goes, this sequel got a mixed reception from critics and took a back seat to its above-mentioned Pixar follow-up. There’s a chance it could snag a nomination, but I would expect “Coco” to otherwise overshadow Lightning McQueen’s third time around the track. “Lou” – The main contribution of “Cars 3” to this year’s Oscars ceremony might ironically be the short that preceded it in theaters. Unless one of the lesser-known titles comes through in an upset, “Lou” has a lock on Best Animated Short.

“Olaf’s Frozen Adventure” – The amount of undeserved ire this featurette received at theaters (due to a miscalculation in programming on Disney’s part) might prevent it from making it into the Shorts category, though its 22-minute length does not disqualify it. Animated Shorts must only clock in at under 40 minutes for consideration. “Beauty and the Beast” – While the live-action remake of the Disney animated classic was a massive hit, it’s not quite respected enough to be considered Best Picture material. There’s a decent chance it will show up in the Best Original Song category, however, for the new Alan Menken/Tim Rice composition “Evermore”– most likely up against “Coco” for “Remember Me.”

“Pirates of the Caribbean: Dead Men Tell No Tales” – The fifth entry in the blockbuster “Pirates” series was a dud with critics and something of a disappointment at the domestic box office, so the best Disney could hope for would be spots in the technical awards catergories like Best Sound Mixing, Best Sound Editing and possibly Best Visual Effects for the eye-popping character work on the villainous Salazar. “Guardians of the Galaxy Vol. 2” – I could see this visually-striking Marvel movie as a long-shot nominee for Best Production Design, Best Costume Design, and Best Makeup. I would also absolutely love to see the incredibly talented James Gunn up for Best Adapted Screenplay, but we all know that will never happen for a fun superhero space opera such as this.

“Thor: Ragnarok” – I saw this movie twice and really enjoyed it both times, but sadly I think it will get passed over for similar, perhaps more deserving movies in pretty much all of its relevant categories. That said, I fully expect director Taika Waititi to win an Oscar someday. “Star Wars: The Last Jedi” – A no-brainer nominee in the Best Visual Effects category, the most divisive Star Wars movie ever will presumably also rack up nods in the technical categories and possibly Best Original Score for the master John Williams.

“Born in China” – The only place this film would possibly find a home is in the Best Documentary Feature category, and that hasn’t happened before for DisneyNature’s output, so I wouldn’t count on it. Those curious to see how many of these predictions come true can find out by tuning into the 90th Annual Academy Awards when the ceremony airs live Sunday, March 4th on ABC.

Comments Off on Oscar Watch – What honors does Disney deserve at this year’s Academy Awards?