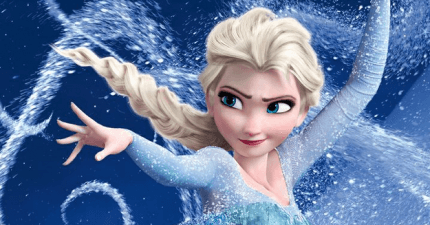 A new patent filed by Disney Enterprises details how the parks could combine merchandise with interactive experiences, possibly giving Guests the ability to perform some Disney magic of their own.

Titled “Location-Based Experience with Interactive Merchandise,” the patent describes allowing Guests with specific merchandise to participate in interactive, location-based experiences. Their main example depicts a user wearing gloves and making a specific gesture, which sends a stream of “ice particles” toward the target. Here’s Disney’s description of the image:

“A game player is wearing a specific pair of gloves that are associated with the “freezing” magic powers. When the game player makes a predefined gesture (in this example, pointing all their fingers at a target) a stream of ice particles is shown to be directed along the pointing direction of the game player.”

Besides the gloves, the patent also mentions clothing, mobile devices, headwear, and carried items as part of the potential merchandise. Sensory effects detailed in the patent include visual, audio, tactile, smell, and taste. Related : New on shopDisney (1/18/18): 5 Limited Release Disney Items That Will Disappear Like Magic

This Interactive Experience Is Still Available at Disneyland Resort!

While the patent doesn’t specify intended use for the technology, their example of shooting ice out of your hands could be a nod to Elsa from “Frozen.” It could also be used to give Guests the power of the Force for a “Star Wars” experience or the skills of a Marvel superhero.

As always, patent technology may never become a reality in the parks. However, it gives an idea of what Disney is researching for the future.

You can read the full patent here.