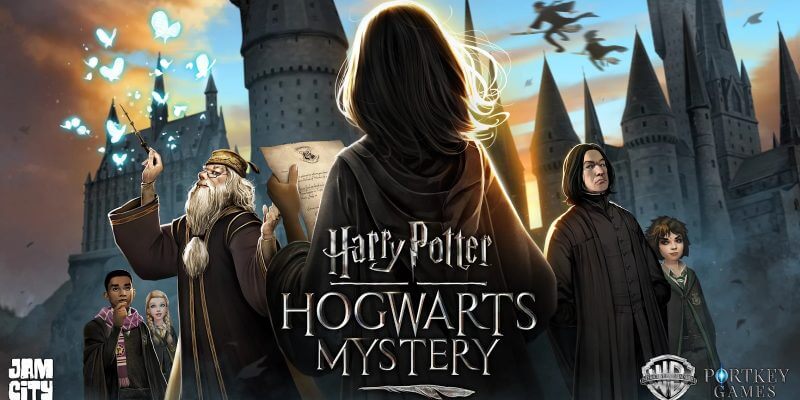 Dust off the Sorting Hat and get back on your broomsticks, Harry Potter fans, because it’s time to return to Hogwarts School of Witchcraft and Wizardry! Today mobile game studio Jam City revealed more details for its new “Harry Potter: Hogwarts Mystery” roleplaying game, which was first announced back in December.

“Harry Potter: Hogwarts Mystery” will be available for most devices, and allows gamers to “create a personalized student avatar, attend classes, learn magical skills, form friendships or rivalries with other students, and make pivotal decisions that will influence their character’s story arc” throughout their Hogwarts experience, as they travel down the path to becoming a witch or wizard.

Essentially, “Harry Potter: Hogwarts Mystery” is the first game in which players can “create their own character and experience life as a Hogwarts student.” Jam City also released the exciting first teaser trailer for the game, which will make its playable debut at Universal Orlando’s A Celebration of Harry Potter event next week.

A Celebration of Harry Potter takes place from Friday, January 26th through Sunday, January 28th at Universal Orlando Resort. Attendees will have the opportunity to go behind the scenes of “Harry Potter: Hogwarts Mystery” at the game’s booth, where they can try it out for themselves and receive exclusive swag. Jam City will also host two panels exploring the development and world of the game, which is set before Harry Potter’s enrollment at Hogwarts, during the period when Bill Weasley and Nymphadora Tonks were students at the school.

“Harry Potter: Hogwarts Mystery” will be available for download this spring on the iOS App Store, Google Play, and the Amazon Appstore from Jam City and Warner Bros. Interactive Entertainment’s Portkey Games, a label “dedicated to creating gaming experiences inspired by the magic and adventures of J.K. Rowling’s Wizarding World.” For more information, be sure to visit the game’s official website.