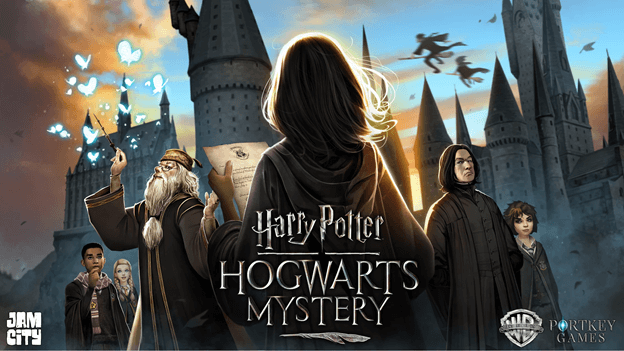 Get your wands and mobile devices ready, because the new Harry Potter: Hogwarts Mystery game is ready to download.

Developed by Jam City in partnership with Warner Bros. Interactive Entertainment, Harry Potter: Hogwarts Mystery is the first mobile game where players create their own character and experience life as a Hogwarts student.

The story of Harry Potter: Hogwarts Mystery is set in the 1980s. In the game, players will progress as a student through Hogwarts, joining one of its four houses. Players will be able to create and upgrade personalized characters using an avatar customization system, learn an arsenal of magical skills, and form relationships with other students. They will also be able to master everything from crafting potions under Snape’s critical eye, to Transfiguration with Professor McGonagall. Along with interactive spellcasting, the game features an encounter system where narrative choices impact parts of the story.

Players will also be introduced to original game characters like Penny, a popular Hufflepuff potions expert, Tulip, a rebellious Ravenclaw prankster, and Merula, a Slytherin with a dark past. As players unravel the Hogwarts mystery, they explore familiar locations like Diagon Alley and Hogsmeade.

Harry Potter: Hogwarts Mystery is free and available to download now on mobile devices through the App Store and Google Play. For more information, visit the game’s official website.