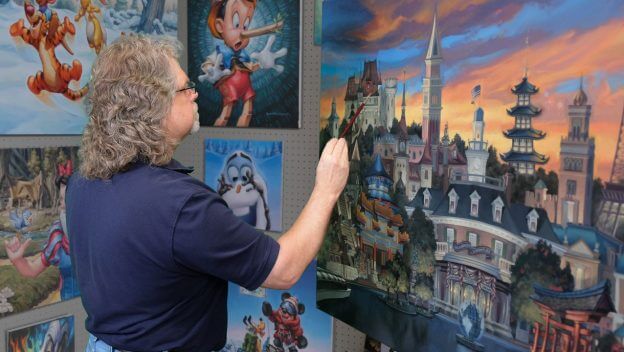 The Epcot International Festival of the Arts is underway and this year’s featured Disney artist has created a beautiful tribute to the World Showcase and Epcot’s 35th anniversary as the official festival poster.

The incredible work of art features 13 country icons from World Showcase and McCullough has even managed to place 35 hidden Mickeys in the painting. Can you find them all? 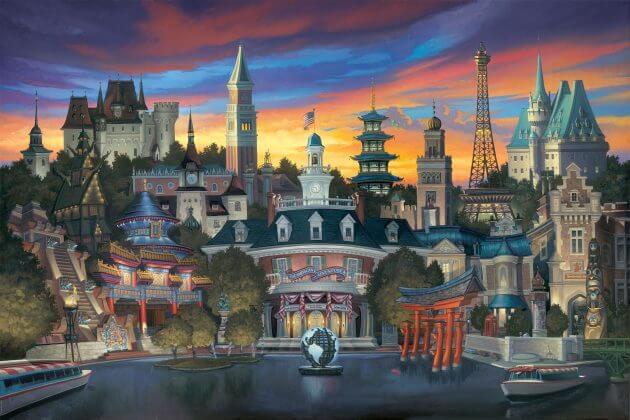 McCullough has been painting Disney and Pixar characters for more than 20 years, beginning with Pixar in 1995 and moving to Disney Parks and Resorts in 2007.

“My goal is to create works of art that allow visitors to take a bit of the magic home with them,” McCullough said.

You can see McCullough’s work at the Epcot international Festival of the Arts until February 19, or in The Art of Disney stores around Walt Disney World, Disneyland and on Disney Cruise Line ships.