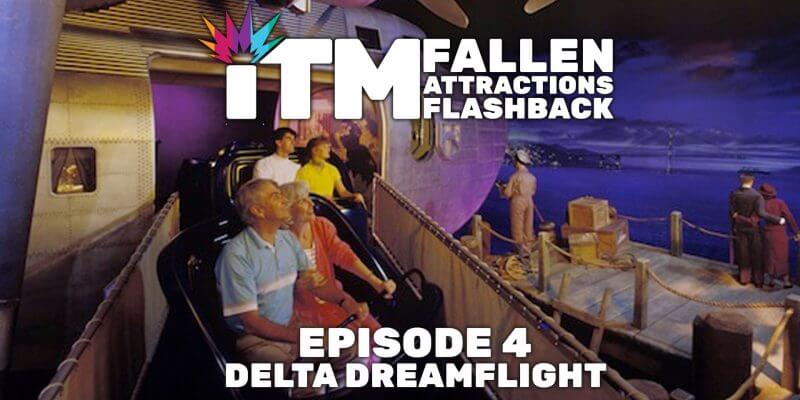 This YouTube series takes viewers back in time to the attractions of theme parks past.

Fallen Attractions Flashback revolves around fallen attractions that were once found in theme parks all around the world. This includes theme parks such as Disney, Universal Studios, SeaWorld and many other famous chains and independent parks.

On this week’s episode we’re taking a look back at a scenic and historical journey through the age of flight, Delta Dreamflight. This attraction first opened back in 1989 at Magic Kingdom in Walt Disney World. Sponsored by Delta airlines, the attraction gave guests a breezy and airy view of the evolution of aviation with stunning vistas from around the world.

Also be sure to check out our last episode, where we went back in time at Epcot in Walt Disney World to look at Honey, I Shrunk the Audience. The beloved attraction revolved around a hilarious science experiment gone very wrong.