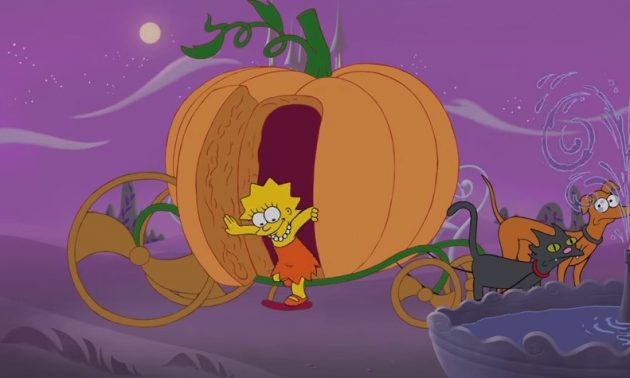 Now that the Walt Disney Company has a few more intellectual properties in their sorcerer’s hat, what will they do with those new entertainment opportunities?

As we wrap up 2017 and plunge into the New Year, instead of New Year’s resolutions, I thought it might be fun to dream up New Year’s possibilities for Disney’s new found franchises. One of the easiest ways to add new characters and properties is to add a new show or character(s).  These first few Fox franchises fall into that category:

Simpsons roast Disney could be a fun and tongue and cheek way to welcome the popular cartoon series into the Disney fold.  Giving them their own show maintains a degree of separation from Disney characters, but also allows the property a presence in the parks.

A full performance (including the same band uniforms), based on the movie, is added as the preshow for afternoon parades in the Disneyland and Magic Kingdom parks.

3. Alvin and the Chipmunks meet Pluto

A new show featuring the newest Disney animated characters: Alvin, Simon and Theodore, comes to the castle stage.  After performing a medley of favorite Disney tunes, the trio of chipmunks is welcomed to the family by Mickey Mouse. However Pluto doesn’t seem to agree and chaos ensues.

Jamal (played by Martin Lawrence in the film) joins the other characters to entertain guests in Fantasyland. Haunted Mansion Holiday is a perfect example of a fiendishly fun seasonal attraction overlay.  Keeping with this idea, here are a few former Fox finds fitting the same mold:

Pranks and paranormal problems plague the mansion as a poltergeist (or in this case a Poultry-geist) moves in.  The ghost of Camilla (“The Muppets”) runs amuck in the Mansion.  Gonzo and Kermit take over as narrators for the ghost host. As part of a night time park-wide Halloween overlay (geared towards adults), the Tower of Terror transforms into the Hotel Cortez (complete with projected façade).  Characters and scenes from the “American Horror Story” television show appear throughout the attraction. For Halloween, guests learn about even more “great moments.” Disney’s infamous animatronic is reprogrammed for a new Halloween experience.  Scenes from the 2012 motion picture accompany the President’s tales of terror as he shares his other “Presidential duties” with guests. Comments Off on New Year’s wishes: 16 Fox franchises to add to Disney parks