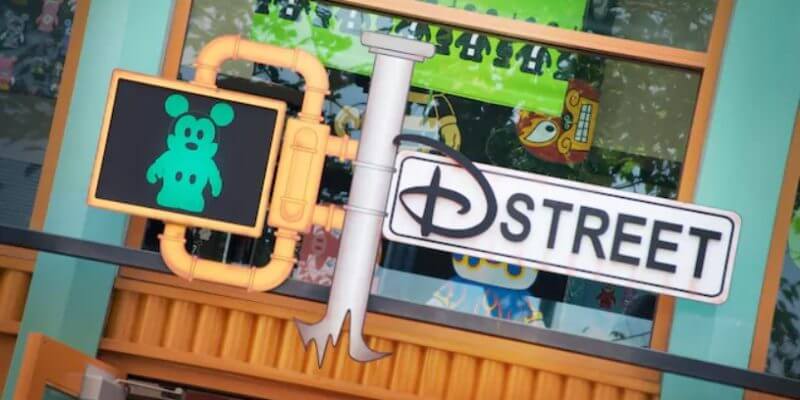 There are plenty of changes coming to Disneyland Resort‘s Downtown Disney District over the next few years. In addition to the Splitsville bowling alley (which is replacing the recently-relocated House of Blues Anaheim), the outdoor shopping area will be getting The VOID Experience Center (home of Star Wars: Secrets of the Empire) and some exciting new eateries.

Downtown Disney regulars will also be losing a number of establishments they’ve come to known and love, such as the Rainforest Cafe, ESPN Zone, Earl of Sandwich, and the AMC Theatres– which are all being removed to make way for the Resort’s newest hotel. Next on the chopping block is another popular shop in the heart of Downtown Disney: the pop-culture merchandise store D-Street, which specializes in Star Wars, Marvel, and other niche Disney memorabilia. According to a release issued today by Disney, “D-Street will close on January 2 and reopen in early 2018 as a reimagined retail space that offers Disney fans a variety of Disney-themed home goods. Guests will find a curated assortment of products that will change with each season.” Disney also encourages guests that the D-Street merch will remain available throughout the rest of Disneyland Resort and online at shopDisney’s official website. But personally, I’ll miss D-Street as a somewhat hipper location to pick up the latest cool collectibles from many of my favorite Disney-owned properties.