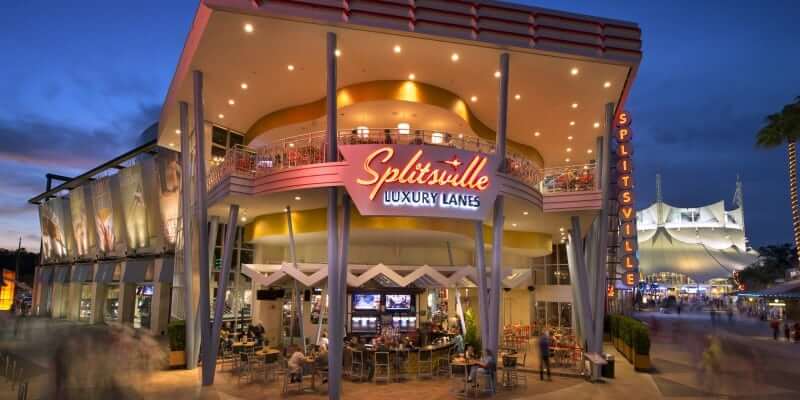 The Downtown Disney District at Disneyland Resort will be getting its own Splitsville Luxury Lanes in late 2017. The well-known bowling alley has been an innovator in the field, “plussing” its locations with stylish restaurants, bars, and vintage theming.

The Downtown Disney site will be the first for California and will offer live entertainment along with dining and bowling in 20 new “luxury lanes.” Construction is slated for next year and will be adjacent to Tortilla Jo’s.

The restaurant will seat 600 at its tables, and two full-service bars and an outdoor patio will offer patrons a lookout at the shopping area surrounding them.

Meanwhile, the menu will feature some “class” and some “classics” with its mixture of offerings. The combination of fresh-rolled sushi, gourmet appetizers, hand-cut steaks sitting alongside the bowling alley standards of burgers, crinkle-cut fries, and pizza will ensure that there is something for everyone. In fact, if the Splitsville location in Disney Springs is an indication of anything, many will stop by for the food just as much as for the sport.

Are you looking forward to this favorite pastime finding its way to Disneyland Resort?