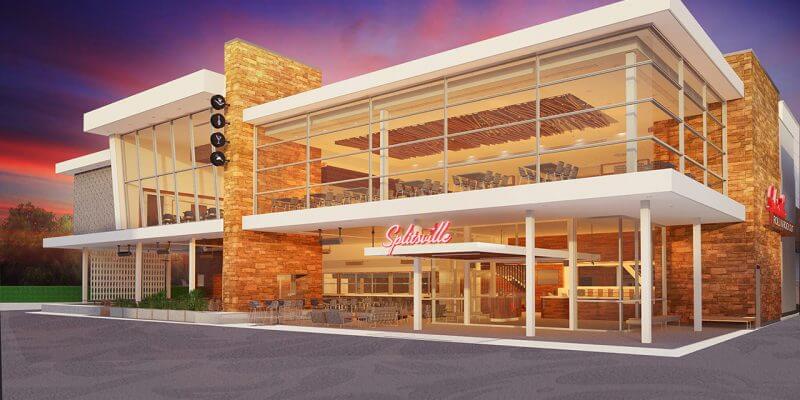 The Downtown Disney District will be getting a new recreation destination later this year. As previously announced back in December, Splitsville Luxury Lanes is coming to Disneyland Resort and it’s bringing some great fun and fantastic food. Today Disney released a first look of concept design art for the soon-to-be hotspot (seen above).

Fans of Walt Disney World may already be familiar with the location at Disney Springs. Guests have been enjoying everything the dynamic entertainment facility has to offer since it opened in 2012.

The new location will feature four dining areas, two billiards tables, more than 25 flat-screen TVs, and of course, bowling. 20 bowling lanes will be found inside the location. The establishment will also be capable of hosting live music performers and DJs.