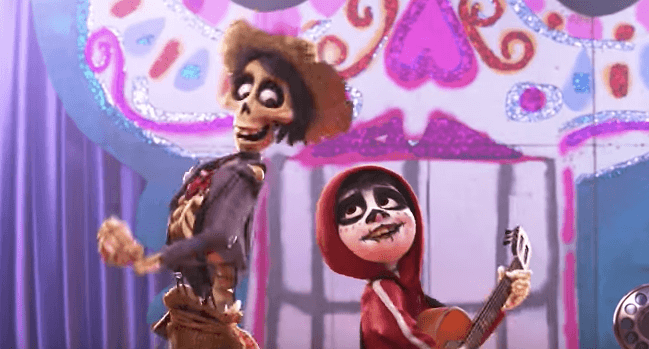 Disney-Pixar has yet another hit on their hands with the recent theatrical release of “Coco” and moviegoers are raving about the films fantastic original music.

One of the film’s most memorable scenes involves Miguel, voiced by Anthony Gonzalez, performing “Un Poco Loco,” a song by his hero Ernesto de la Cruz. Gonzalez brought the film to life at Disneyland recently when he and Club Mickey Mouse’s Sean Oliu delighted guests by performing the same song.

This performance by Gonzalez and Oliu was the first live rendition of “Un Poco Loco.” The pair also surprised guests with a live performance of “Remember Me” recently.

A Mariachi band also recently performed some of the music from the film at the Mexico pavilion in Epcot.

Disney-Pixar’s “Coco” is in theaters now.