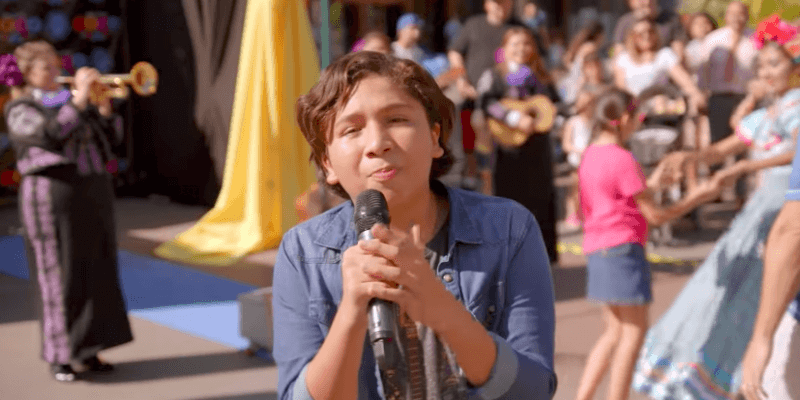 Disney-Pixar’s “Coco” is almost here and Disney is ramping up experiences based on the new film in their parks.

In Downtown Disney at Disneyland Resort, they pulled off a magical surprise for unsuspecting guests with a musical performance from “Coco” star Anthony Gonzalez and Club Mickey Mouse’s Sean Oliu.

The pair performed the original song “Remember Me” from the film. “Coco” comes to theaters November 22.