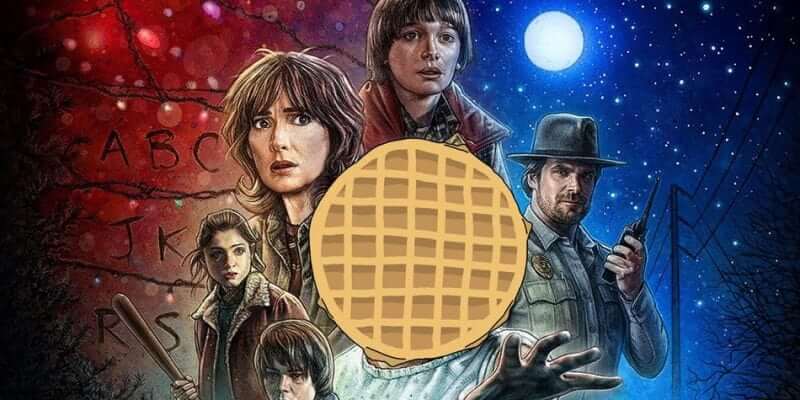 When “Stranger Things 2” arrived on Netflix on October 27 everyone was ready to binge-watch the addictive second season, including Universal Orlando.

The park shared this fun tweet referencing the show’s infamous Upside Down, which kicked off a Twitter thread that has fans hoping for a “Stranger Things”/Universal collaboration:

Finally, Universal Orlando capped the conversation with a tweet that has us hoping for an epic Stranger Things/Eggo/Halloween Horror Nights partnership:

Looks like the beginning of a pretty strange friendship. ?

While this could all just be social media fun, a “Stranger Things” house at Halloween Horror Nights does make a lot of sense. Last season’s Demogorgon and (spoiler alert!) the Demo-Dogs of season two would certainly offer plenty of scares for park guests, and the Upside Down is a perfectly creepy walk-through experience.

In addition, the kids of “Stranger Things” celebrate late ’70s/early ’80s pop culture with references throughout the show. For example, Will has a “Jaws” poster prominently displayed in his room and Mike, Will, Dustin, and Lucas dress up as the Ghostbusters for Halloween. Universal Orlando was previously home to both “Jaws” and “Ghostbusters” attractions, so “Stranger Things” would make a great retro nod to the park’s history. It’s most likely wishful thinking, but with the many movie references and the show’s spooky vibe, “Stranger Things” would make a welcome addition to the annual scares at Halloween Horror Nights or the park in general.