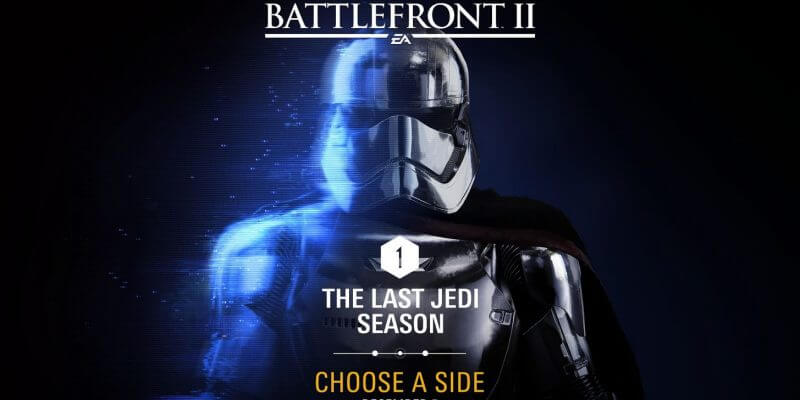 “Star Wars Battlefront II” hasn’t hit stores yet and already a month’s worth of bonus content has been announced for the game with a special December event called “The Last Jedi Season.” On December 5, you will be forced to choose a side. You’ll have an opportunity to align with the First Order or choose to fight for the Resistance. Your choice is important, as it will allow you to take part in special challenges that will grant your faction specific rewards.

On December 13, your favorite stormtrooper-turned-hero Finn joins the fight for the Resistance and Captain Phasma steps on to the Battlefront for the First Order. They can be purchased with in-game Credits that week. Whichever faction is victorious in completing the most challenges that week will net a reward as well: a special Crate of high-power upgrades for Finn or Captain Phasma.

Star Wars Battlefront II will be available in stores November 17, with the deluxe edition being available a few days earlier on November 14. You can pre-order either version now at EA.com.