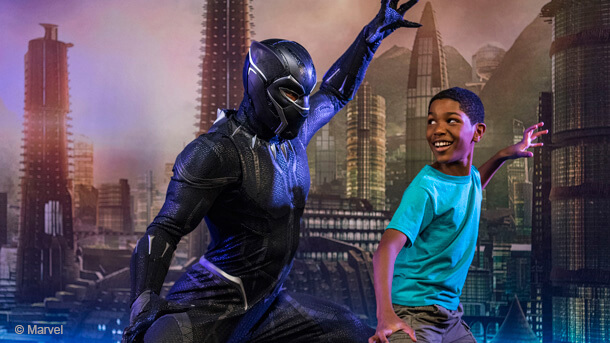 Now that fans of the Marvel Cinematic Universe have seen and enjoyed “Thor: Ragnarok,” the next movie coming up on the slate is “Black Panther,” starring Chadwick Boseman (“42”) as T’Challa and directed by Ryan Coogler (“Creed”). And in celebration of the movie’s arrival, Disneyland Resort guests will have the chance to meet and have their photo taken with Black Panther himself.

Related: Iron Man Meet-and-Greet May Be Coming to Another Disney Park

Located within the loosely Marvel-themed area of Disney California Adventure, it is assumed the Black Panther meet-and-greet will take the place of the currently-running Thor and Loki character appearance.

No specific date for Black Panther’s arrival at Disney California Adventure has yet been announced by Disney, but it will likely occur in the weeks leading up to the film’s release. Check back here at Inside the Magic for further updates!