Inside Look: Mickey's Very Merry Christmas Party 2017 delivers a Frozen-fun night with snow - Inside the Magic 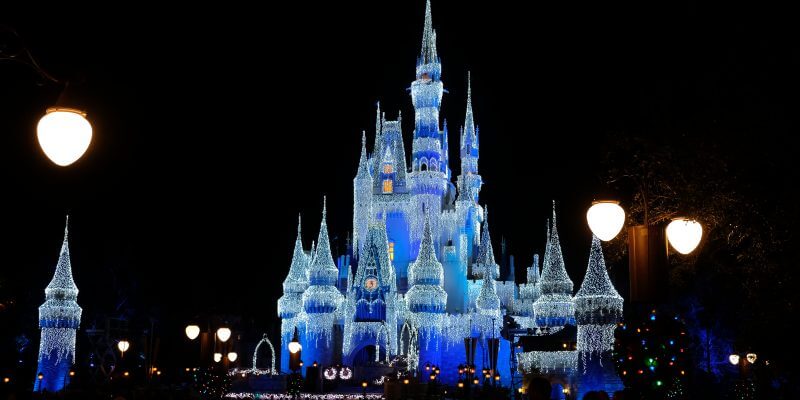 Mickey’s Very Merry Christmas Party is a celebration for which Disney parks fans wait the whole year. The nighttime event is a holiday spectacle full of Disney Christmas fun, including special shows, holiday treats, and new to this year, snow! 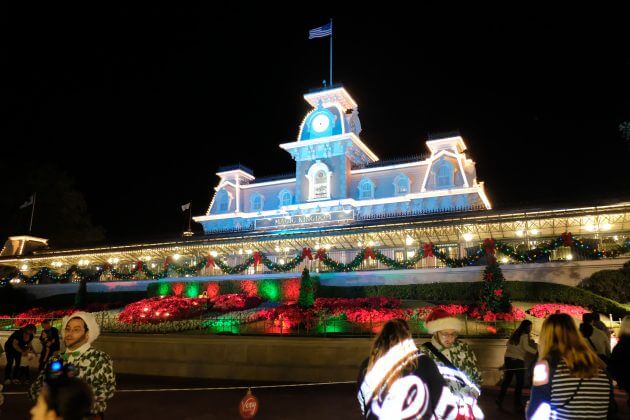 The event kicks off with guests immediately receiving their first holiday treat of the night, a special Christmas cookie. The sugar cookie is shaped like Santa and is a sweet treat to put you in the holiday mood. 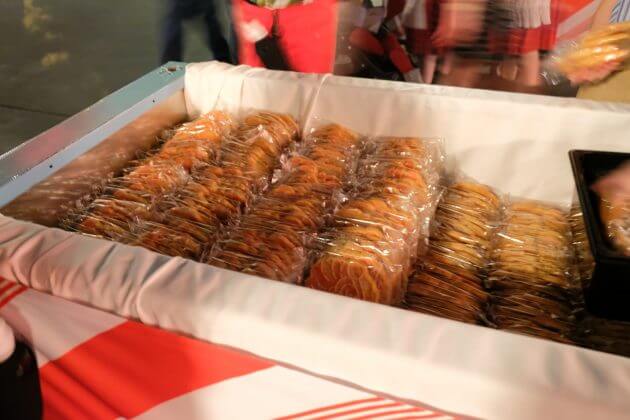 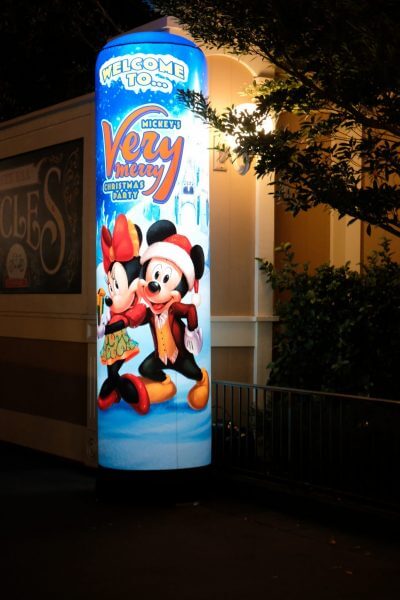 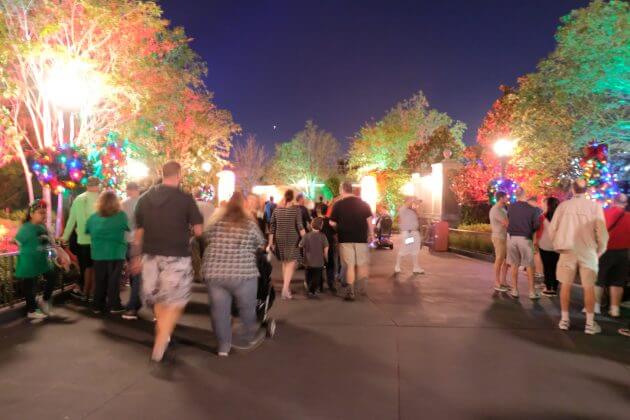 After receiving your first treat of the night, you are transported into the holiday event. The first view you’ll see as you enter is the Cinderella Castle beautifully lit with Christmas lights. The lights from the castle are so bright, you can actually see them from the ferry dock at the ticket center. 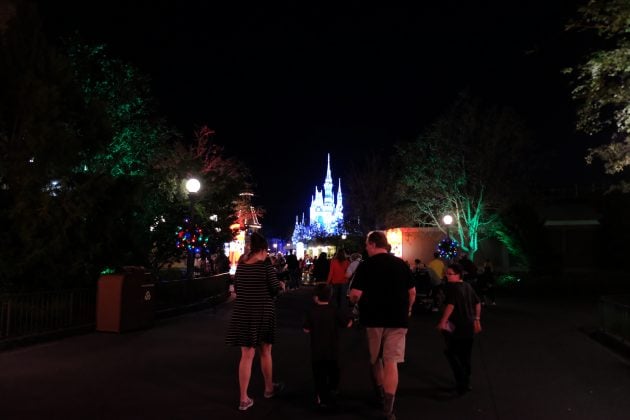 Holiday treats can be found throughout the park during the event. Markers for the special holiday treat locations are similar to that of Mickey’s Not-So-Scary Halloween Party with large inflatable decorations. 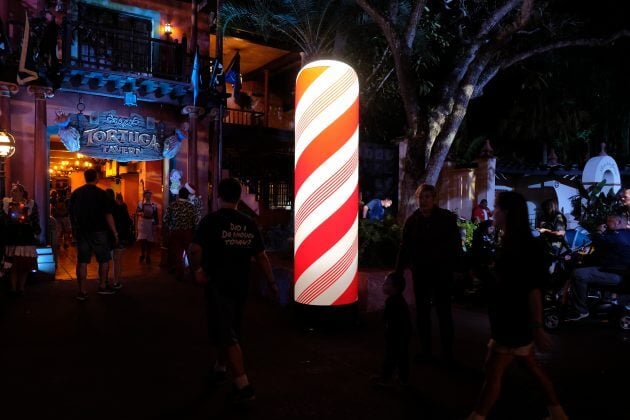 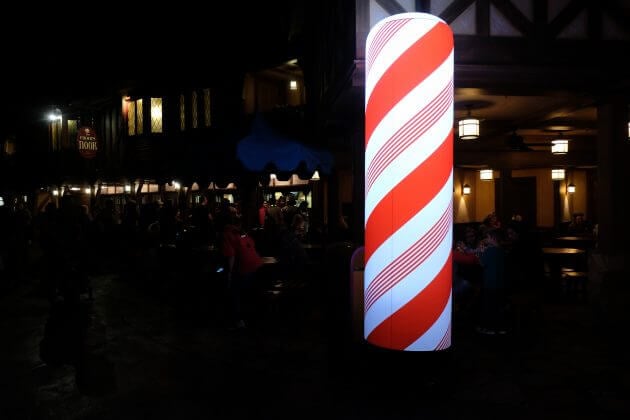 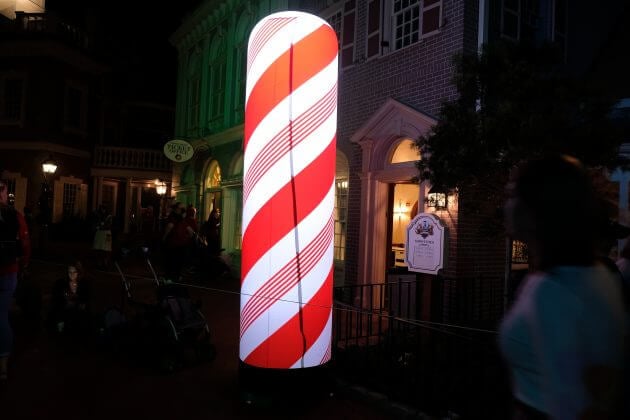 Some of the treat locations and their offerings include the following: 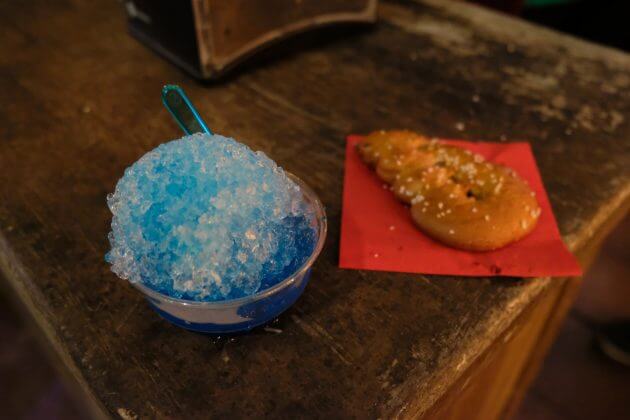 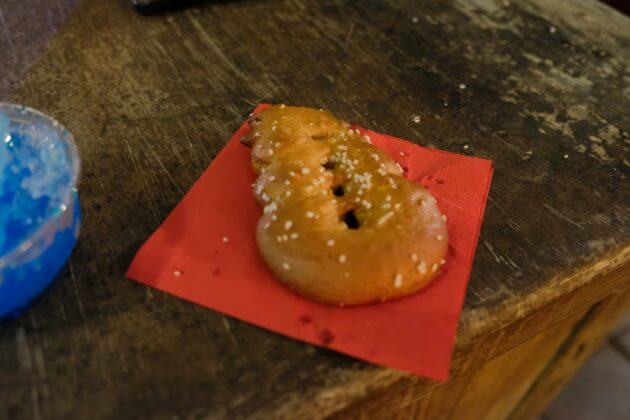 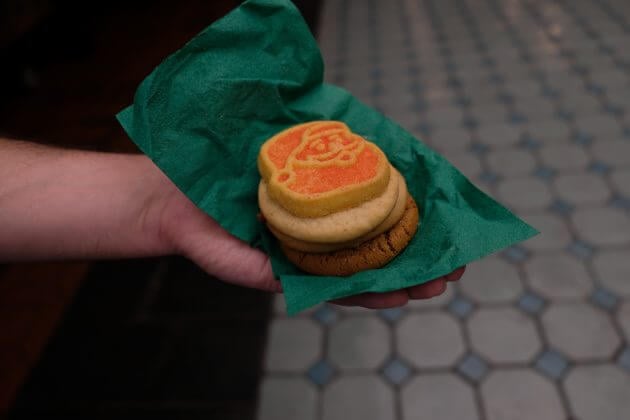 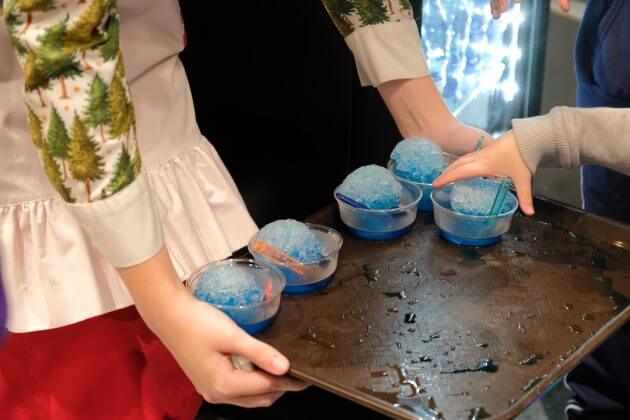 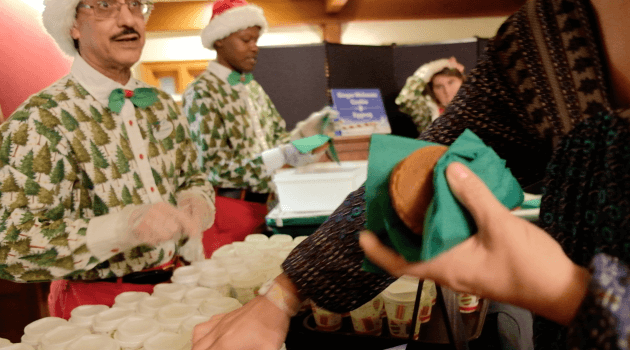 The event becomes even more seasonal when snow starts to fall over Main Street U.S.A. Disney’s Hollywood Studios first showed off this new technology during the Flurry of Fun celebration this year, which Magic Kingdom has now adopted as well. Crowds on the street can be seen stopping in their tracks to get picture and video of the special moment. 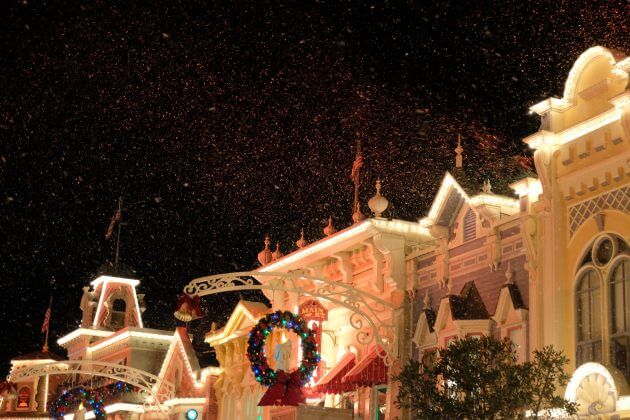 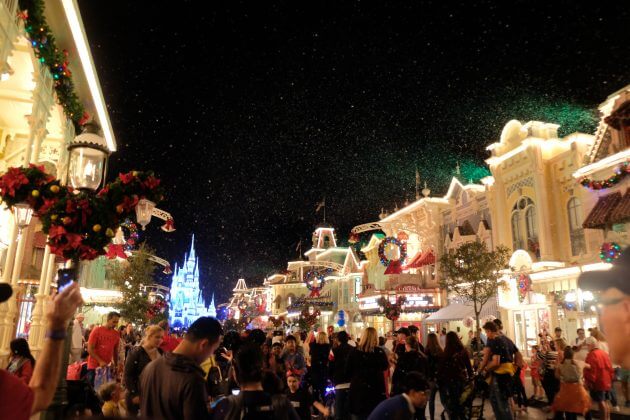 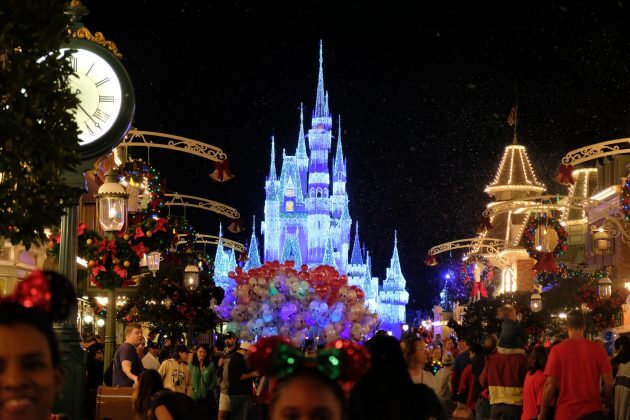 The first show of the night is “Mickey’s Most Merriest Celebration.” This celebration features music, dancing and laugher when the classic characters of Minnie, Donald, Daisy, Goofy and Pluto all take the stage.

The premise of the show is about how Mickey is thrilled that the holidays are here, and he knows the only way to make this season more special is to share it with friends. So he throws a Merry Celebration and invites lots of his Disney pals to join the festive fun!

After the festive show, the night gets a little chillier when Elsa, Anna, Olaf and Kristoff take the stage outside of the Cinderella Castle. “A Frozen Holiday Wish,“ another exclusive Mickey’s Very Merry Christmas party show, culminates when Queen Elsa uses her incredible powers to present a gift to everyone in the Magic Kingdom, which is transforming Cinderella Castle into a glimmering ice palace for the holidays.

This show is a lot of fun and features beautiful projections on the Castle. It also features great music and a really heartfelt ending that perfectly matches the spirit of the holiday season.

The event couldn’t be complete without Mickey’s Once Upon a Christmastime Parade, an exclusive celebration to the Mickey’s Very Merry Christmas Party event. The wintry parade features Mickey and Minnie, Goofy, Anna and Elsa, Olaf, Pooh and Tigger, The Seven Dwarfs and a cavalcade of other Disney characters.

The parade also had the most perfect ending to any holiday themed celebration: Santa on his sleigh! Check out some highlights of the parade below and make sure to watch till the end to see St. Nick.

WATCH – MICKEY’S ONCE UPON A CHRISTMASTIME PARADE HIGHLIGHTS:

“Wishes” is always the best ending to any day at Magic Kingdom, as it is a beautiful display of incredible fireworks which light up the skies over the Cinderella Castle. For the special Mickey’s Very Merry Christmas Party, the show gets a unique holiday theming and features Christmas music.

Some of the holiday theming includes snowflake projections and fireworks shooting up the sides of the castle in a triangular motion, similar to that of a Christmas tree. Take a look at the special Christmas themed show below.

If the Christmas music featured in any of the celebrations above isn’t enough for you, then be sure to check out VoicePlay. VoicePlay is an a cappella group that performs beloved Christmas carols at the Rockettower Plaza Stage in Tomorrowland.

The a cappella group is most known from their performances on “The Sing-Off.” During their Magic Kingdom show they really do serenade the crowd with their amazing voices. The band members are very funny during the show and even interact with the crowd.

Besides the awesome shows featured above, the event also includes holiday projections around the park. The skull and candy canes pictured below were projected onto the Pirates of The Caribbean attraction to fit in theme with the ride. 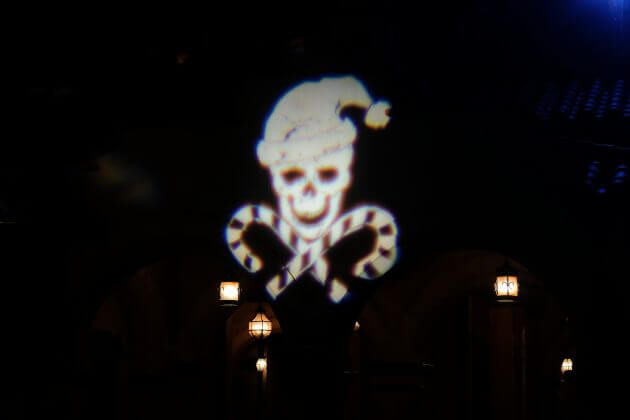 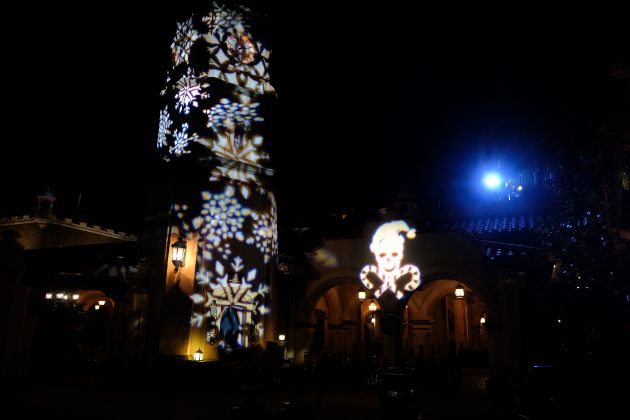 Snowflakes are a popular projection found throughout the park. Another is a projection reading “Mickey’s Very Merry Christmas Party,” which is projected in every land and at the very front of the park. 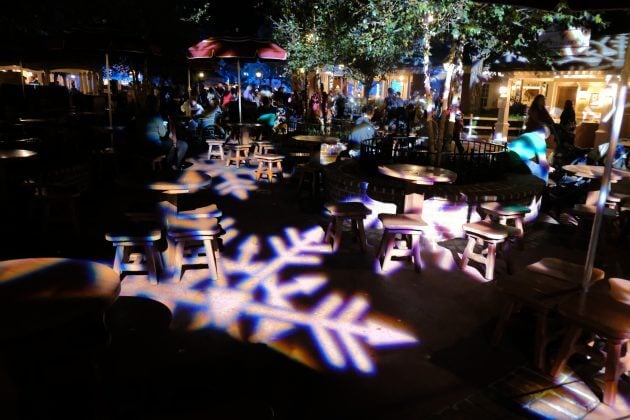 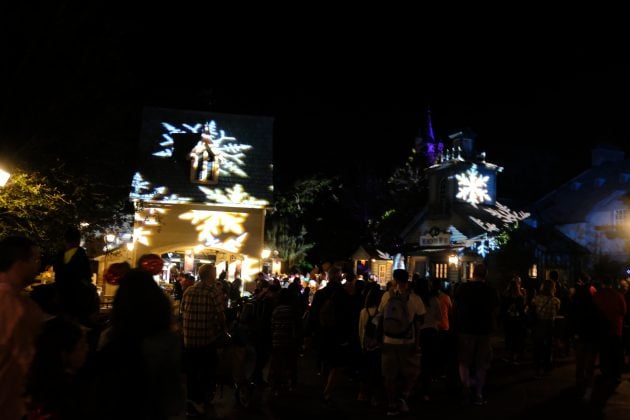 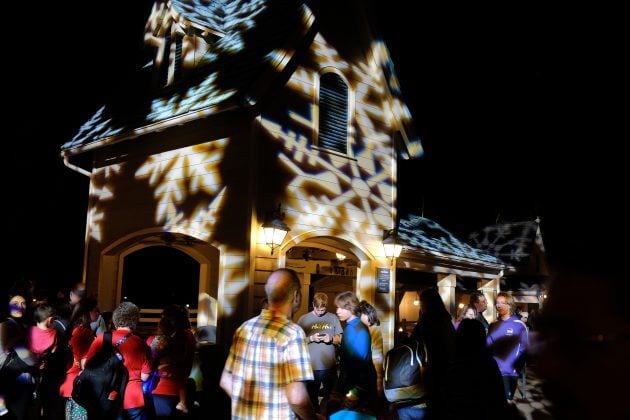 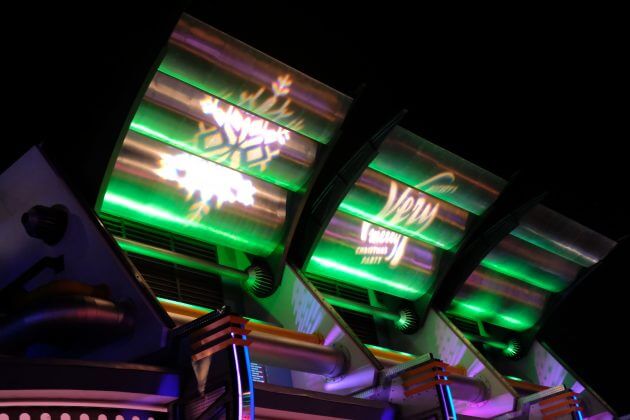 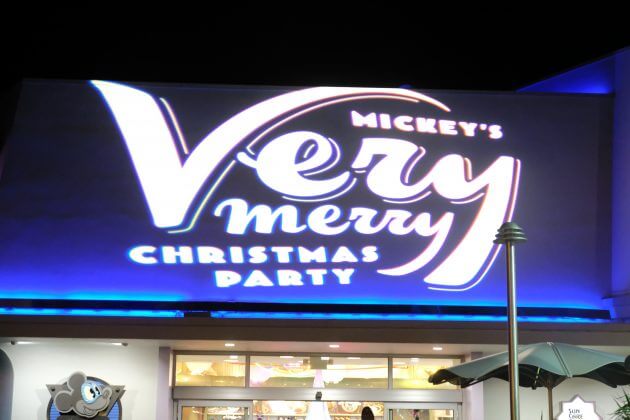 During Mickey’s Very Merry Christmas Party, guests are also invited to share hugs, receive autographs and snap pictures with more than 15 beloved Disney characters as they spread holiday cheer around Magic Kingdom park. One very popular character that had the longest line was for Jack from Disney’s “The Nightmare Before Christmas.” To celebrate the season, Jack was outfitted in a Santa costume. 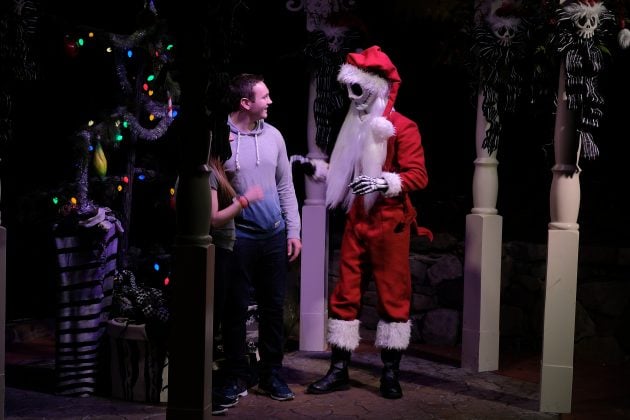 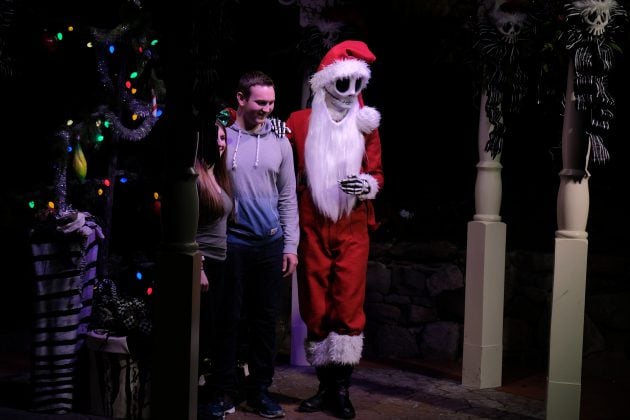 For those who enjoy the Sorcerers of the Magic Kingdom card game, this special event featured a “Rover’s Christmas Carousel of Progress” card. For those who aren’t familiar with the game, it is an interactive card game that features stations throughout the park that are triggered with various cards, each featuring a different Disney character. 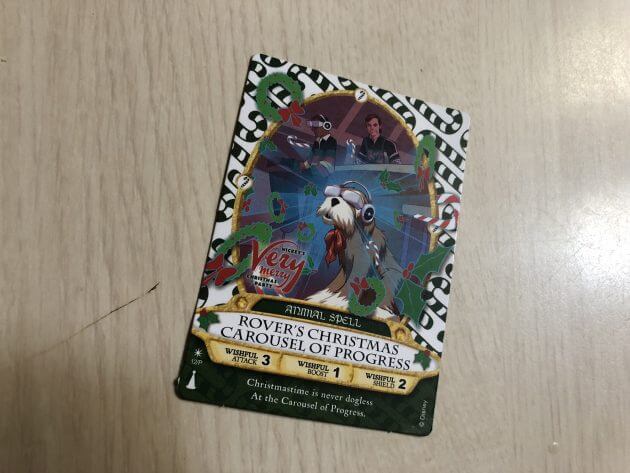 The “Rover’s Christmas Carousel of Progress” card features the famous VR-playing dog from the Carousel of Progress attraction in the park. Guests who want to receive the card are able to pick it up at the Firehouse on Main Street, U.S.A. Below is a video of the card in action during the Sorcerers of the Magic Kingdom game.

Mickey’s Very Merry Christmas Party takes place on select nights at Magic Kingdom from November 09 – December 22, 2017. This is a separate ticketed event that runs from 7 PM -12 AM on event nights. Be sure to check out Walt Disney World’s official website for more details.

Comments Off on Inside Look: Mickey’s Very Merry Christmas Party 2017 delivers a Frozen-fun night with snow