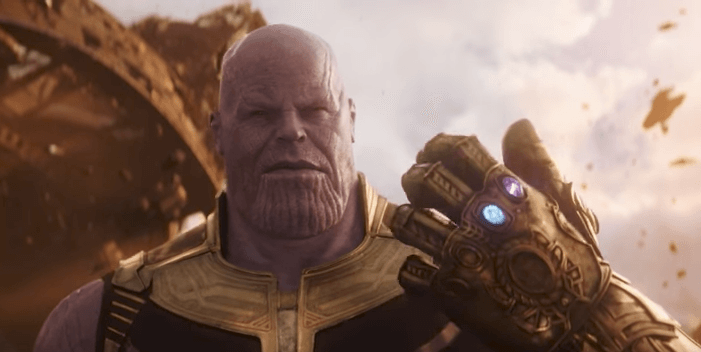 There was an idea — to create a cinematic universe based on the popular characters — and stories of Marvel Comics. It began in 2008 with “Iron Man,” and reached a fever pitch in 2012 when it assembled “The Avengers.” Now, with the release of the trailer for “Avengers: Infinity War,” we are seeing the ultimate realization of that concept.

This morning finally delivered a moment for which Marvel fans have been waiting what feels like an eternity. Sure, we’ve known for a long time that an “Infinity War” movie was going to happen, but actually seeing what it might look like is something completely different. Now it’s here. Now it’s real.

Before I get into a breakdown of this delightfully intense trailer (and in case you live under a rock) I’ve included it below. Now let’s take a look at it together.

There is certainly a lot to see here. Right from the beginning, this movie feels big. Far more important than any previous film in the Marvel Cinematic Universe. Even “The Avengers,” which saw an army of aliens emerge from a wormhole in the sky and attack New York City didn’t feel as significant

WARNING – MILD SPOILERS FOR THE MARVEL CINEMATIC UNIVERSE AHEAD

The stakes have been raised, and this trailer makes sure to tell you that right off the bat.

A group of remarkable people

The first shots of the trailer show us some of our favorite characters including Tony Stark, Doctor Strange, Bruce Banner and more. The initial image, of a distraught Tony Stark, doesn’t give us much. The next one is interesting though. Bruce Banner appears to have crashed through the roof of Doctor Strange’s Sanctum Sanctorum and, judging by their puzzled looks, no one knows exactly why. Last we saw The Hulk, he was on Thor’s ship after escaping Ragnarok. How did he get here?

It’s worth noting here that this scene mirrors one from the comics, although with a very different character. In the original “Infinity Gauntlet” Marvel series, it was the Silver Surfer that crashed through Strange’s roof in an attempt to warn him of their impending doom. This was a powerful moment in the story because it was shocking to readers that anything could instill such intense fear in the Surfer. Since we obviously won’t be seeing the Silver Surfer in this movie (as he belongs to the “Fantastic Four” family of characters whose film rights are controlled by FOX), it seems likely that Banner is filling that role.

Next we see the Vision in a completely new way: he’s human. The infinity stone in his head still glows a bright yellow through his skin.

It’s also worth noting here that he is embracing the Scarlet Witch, following through on the budding romance we’ve seen grow over a couple of movies now. Last we saw the Scarlet Witch she was being broken out of prison by Captain America, and now she is apparently living with the Vision who was on the other side of the Civil War. Have the Sokovia Accords been lifted or has the couple perhaps run off together?

After a brief shot of Thor on what appears to be his ship, we get a glimpse of Black Widow reuniting with Banner, a reunion that brings a rare smile to her face. In time, you will know what it’s like to lose…

After the title sequence, things start to pick up as we hear the voice of the catalyst for the MCU, the one who has been pulling the strings all along: Thanos.

We see Stark joining Banner, Strange and Wong in the Sanctum Sanctorum. It can probably be assumed that he was called after Banner mysteriously arrived. The group move outside to check on a developing situation.

Next, we see Peter Parker on a school bus as he notices the hair on his arm stand up, a nod to his Spider-Sense. He looks out the window to see an ominous floating ring. The next major shot is not of another hero, but rather a villain (though I suppose that is now up for debate). We see Loki stepping over what appears to be the dead bodies of Asgardians before revealing that he has something very interesting.

In an analysis of “Thor: Ragnarok,” I said it was very likely that Loki took the Tesseract. Now we know he did.

Then we get our first glimpse of the true villain of the piece. A portal opens and Thanos steps through. Since his reveal in the post credits scene of “The Avengers” in 2012, we have been waiting to see Thanos come to Earth and now, he’s finally here. Next, we see a shot of our friendly neighborhood Spider-Man springing into action with the suit that he surprisingly turned down at the end of “Spider-Man: Homecoming.” It will be interesting to see if Parker is recruited by Stark to aid in this fight, or if he takes the suit on his own because with great power… well, you know the rest.

…and get this man a shield

We get a quick shot of Thor apparently trying to close one of Thanos’ portals as we hear Black Panther giving military orders. We then see (for a very brief second) what appears to be a member of Thanos’ Black Order throw a spear at a shadowy figure.

T’Challa instructs someone to “evacuate the city, engage all defenses, and get this man a shield.” We then get the reveal of a bearded Captain America, much to the delight of the Scarlet Witch. We then see a series of action shots: Iron Man in his Hulkbuster armor, Black Widow driving a spear into an enemy, Doctor Strange using his mystical powers and Captain America joining in the fight against some kind of alien army.

We then get a good look at Black Panther in the fight as well.

…but this does put a smile on my face

Thanos takes back over the narration as he explains that he is “balancing the Universe.” We see him slam Spider-Man into the ground with one hand, proving that he is not the kind of enemy the heroes are used to dealing with. We then get two of the most important shots in the entire trailer. For all his intimidating size and frightening might, Thanos on his own is not enough to take on all of our heroes at once, and in fact, that’s not what this movie is about. It’s really about the Infinity Stones.

We know Thanos already wields the Infinity Gauntlet, we’ve seen him with it before. Now he has to collect the stones, and for the first time, we see him doing just that. Vision is pinned down and we see his Infinity Stone being pulled from him, a move that would almost certainly kill him.

We then see Thanos putting the blue Infinity Stone, one that would have come from the Tesseract, into his gauntlet. This would imply that he has possibly killed (or otherwise incapacitated) Loki. Another stone can be glimpsed in that shot, and even more clearly later on. The purple Infinity Stone, one found in the Orb in “Guardians of the Galaxy,” is already in the gauntlet. Poor Xandar. Thanos has likely destroyed the planet by this point in his mission to collect the stones. We then see Thanos take out Iron Man, who appears to be sporting a sleek new armor, with a single punch. The rest of the tailer is filled with dramatic fight scenes. We see the Winter Soldier loading his weapon alongside a Wakandan army.

Falcon, who appears to have been enlisted despite also technically being a criminal, is seen flying over the battle firing his weapons.

And finally, we see a group of our heroes, with some obviously missing, charging into the battle, led by Captain America.

Who the hell are you guys?

After the movie’s logo appears and the crescendo of the music trails off, we get a shot of Thor, back on a ship and questioning who someone is before we get the reveal.

Thor is now face to face with the Guardians of the Galaxy, truly bringing together every hero of the MCU in one glorious, action-packed trailer.

Or so you may think.

You may have noticed that we didn’t actually see ALL of our favorite heroes. Most notably, Hawkeye, Ant-Man and the Wasp are missing. Are they just not going to be a part of the fight? Are Hawkeye and Ant-Man still somehow in custody? Has Hawkeye truly retired?

There may be another, more upsetting answer to this. In the comics, Thanos kicks off the Infinity War by simply willing the removal of half of life in the universe with a snap of his fingers. This wiped out numerous superheroes including Hawkeye and the Wasp. Obviously we know Ant-Man and the Wasp have their own movie coming up, so they won’t be permanently removed from the MCU, but with the gauntlet and the Infinity Stones, Thanos can make anything happen.

It’s also worth noting that the location of one of the stones is still unknown. Does Thanos already have the Soul Stone? Has he already taken the Reality Stone from the Collector?

This epic trailer certainly leaves us with many questions, and absolutely leaves us wanting more. Of course, that’s exactly what a trailer is supposed to do.

We will have all our questions answered when destiny arrives and “Avengers: Infinity War” hits theaters May 4, 2018.