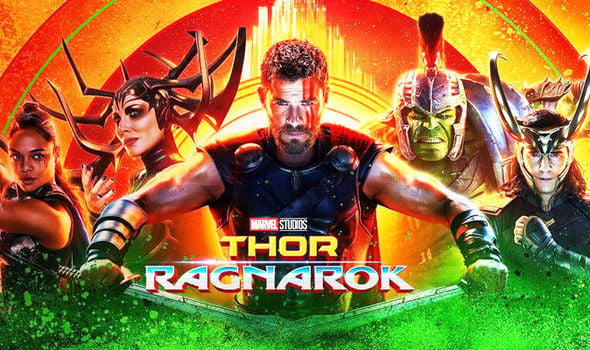 “Thor: Ragnarok” hits theaters this Friday and the landscape of the Marvel Cinematic Universe will never be the same. Now only “Black Panther” separates us from the highly anticipated “Avengers: Infinity War” and the stakes are getting higher and higher. The ties between this film and the future of the MCU are fairly obvious, with Thor even explaining that he has been searching for the Infinity Stones within the first first minutes of the film.

Aside from that, there are a few key moments throughout the movie that explain some things from the past and foreshadow where things are heading in the future.

First, a scene in Odin’s Vault sees Hela searching for a particular item. It may not be what you think though. You may remember getting a brief glimpse of the Infinity Gauntlet, and all-powerful weapon that will eventually be wielded by Thanos, in the vault way back in the first “Thor” film. Well, Hela quickly discards the importance of the weapon, pushing it over and explaining that it and most of the things in the vault are “fake.” This would mean that Thanos already has the real gauntlet, explaining that post credit scene from “Avengers: Age of Ultron” in which he equips himself with the weapon.

Another important happening in this film is Ragnarok itself. Not just the title of the movie, Ragnarok is the reckoning of Asgard. In the end (AGAIN, SPOILER ALERT) Asgard is destroyed and its people are left to find a new home. As their king, Thor is tasked with finding them a new home and naturally chooses Earth. Of course, Thor and the Asgardians are joined by some other creatures, including the Hulk. This means the big green guy will be returned to Earth. The significance of this of course is that the entire Avengers team will be reassembled just in time for their biggest fight yet. Or at least, that’s what you think for a few minutes.

In one of the post-credit scenes, Thor’s ship is overshadowed by a much larger one, foreshadowing something very ominous.

One of the last scenes on Asgard sees Loki running through the vault looking for a specific item before being distracted by the Tesseract, the cube that he wielded to incite the “incident” in New York in the first “Avengers” film. We never actually see him take it but, come on, it’s Loki. One of the Asgardians on board Thor’s ship in the end is, you guessed it, Loki. We know that the Tesseract is one of the Infinity Stones and we know that it is very likely Loki has it. So who could be in the ship? In a recent interview with The Wrap, Kevin Feige confirmed that the ship is Thanos’ “Sanctuary II,” meaning the Mad Titan himself is right at the doorstep of the now-mobile Asgard and our heroes.

Thanos is assembling the Infinity Stones, and he’s going to have to make it quick with only one movie between now and “Infinity War.” Odds are, he’s after the Tesseract.

So why should you care about any of this? It’s just another superhero movie that leads to another and another and so on. If the MCU is getting a little stale for you, fear not. I’m here to tell you why you shouldn’t give up just yet.

One of the biggest complaints about these movies is the lack of consequences for the characters. Even if something terrible happens and a character is killed, they end up coming back. Except for Quicksilver, so far at least.

“Thor: Ragnarok” throws a wrinkle into that. While Thor is away and Hela attacks Asgard, some familiar characters step up to protect their home. The Warriors Three may not have been a huge part of the MCU, but we know they were Thor’s friends and have had roles in multiple films.

Well, things don’t fare so well for them against the Goddess of Death and they are mercilessly slaughtered. That’s right. Named characters who share a personal relationship with the main character and play a pretty big role in the comics, were killed and with no sign of potential resurrection. How’s that for consequences?

If that is a sign of things to come, I have a bad feeling for some of our favorite heroes once “Infinity War” comes around.

The second biggest complaint is the overwhelming amount of content that comes from the MCU. It is certainly a lot to keep up to date with. There are roughly three movies each year, and each one plays a crucial role in the over-arching story. Sure, you can fill in the blanks if you miss one or two but you’re still missing out on some of the details. For example, even if you have seen the previous two “Thor” films but you missed “Avengers: Age of Ultron,” you would have no idea why Hulk was on another planet in “Thor: Ragnarok.”

In some cases, it can be too much of a good thing but, like all good things, eventually it will come to an end. Sort of. “Infinity War” is the culmination of everything we have seen in the MCU thus far. It’s the pay off to all of the stories we witnessed since 2008. After that though, we may be in for a bit of a fresh start.

Newer heroes like Spider-Man, Black Panther and the yet-to-be-introduced Captain Marvel may become the new focal points of the MCU, while Iron Man, Captain America and Thor fade out. I’m not saying it’s a sure thing, but like I said, all good things come to an end. Right? Yes, even with this fresh start it may eventually rebuild to the point of needing to see all of 15 or maybe even 20 films, to fully understand the most recent one. If you’re not up for that, then maybe you lose interest again down line. Neither I nor Marvel can make you a fan of something. If you don’t like it, you don’t like it. But if you do, you’ll be there, in a theater for every movie that comes out.

There are tons of interesting characters and storylines that can still be used in the MCU and millions of people are excited to see them. “Thor: Ragnarok” has set up a lot of possible directions for the future of the MCU. Now we just have to wait and see what happens.

Comments Off on What “Thor: Ragnarok” means for the Marvel Cinematic Universe and why you should be along for the ride