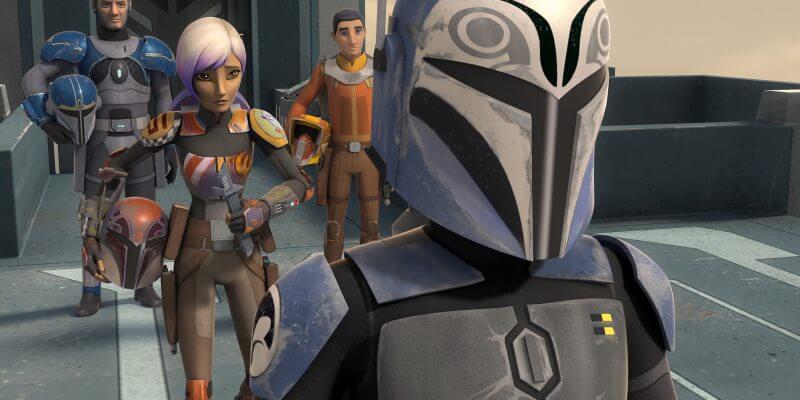 Back in the Spring, we learned that “Star Wars Rebels” would be entering its fourth and final season. Shortly after, the first two episodes of the new season were shown to those in attendance at Star Wars Celebration 2017. Now, those episodes are finally about to air.

Disney has released images from the upcoming episodes titled “Heroes of Mandalore parts 1 and 2,” which will create the hour-long season premiere. The two-part premiere will focus on Sabine as she leads Ezra, Kanan and an army of her fellow Mandalorians back to her home world to rescue her father from the clutches of the Empire.  When she discovers the Empire has resurrected a devastating weapon, she must decide whether to destroy it or use it herself.

Disney also put together a video summarizing the first three season of the show, for those who are not caught up. Comments Off on PHOTOS: Get a sneak peek at “Star Wars Rebels” 4th and final season premiere episodes