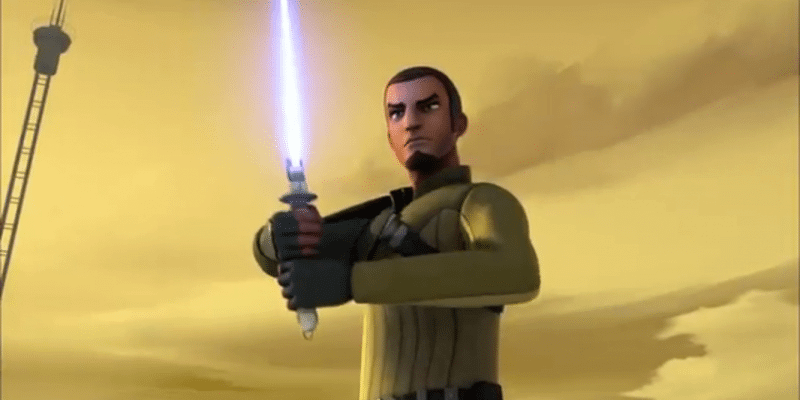 The cast of “Rebels” was on hand for the at-capacity event in Celebration’s Galaxy Stage hall, where they also revealed the first trailer for the fourth and final season.

Another big reveal made during the panel was the addition of actor Warwick Davis (Wicket the Ewok in “Return of the Jedi”) to the cast. Davis will be portraying the Noghri character Rukh from Timothy Zahn’s “Heir to the Empire” trilogy of novels. Both Rukh and Grand Admiral Thrawn were popular characters relegated to “Star Wars Legends” non-canon status until their resurrections in “Rebels.” The crowd was also treated to a full episode from the fourth season, focusing on Sabine Wren and the Mandalorians.

Comments Off on “Star Wars Rebels” announced to end with season 4, new trailer shown at Star Wars Celebration in Orlando