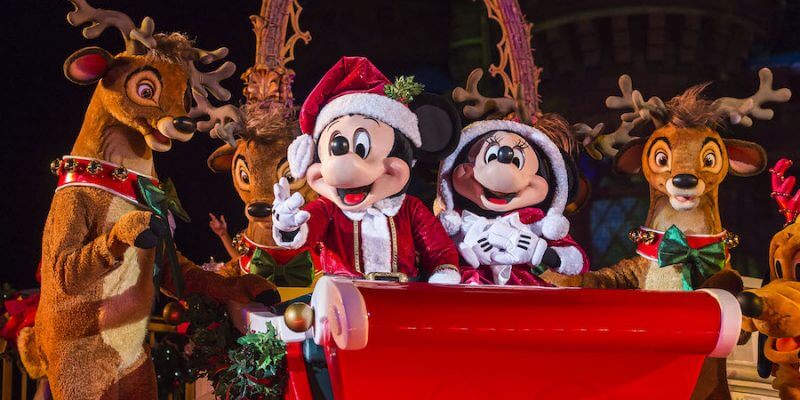 It’s the most wonderful time of the year, and believe it or not, it’s right around the corner. The 2017 holiday season will bring a lot of exciting offerings to Walt Disney World, including some returning favorites and some new traditions.

The main attraction of course will be Mickey’s Very Merry Christmas Party at Magic Kingdom. The special ticketed event will begin on November 9 and will run on 21 select nights through December 22.

Guests of the holiday event will be greeted by Anna and Elsa on the Castle Forecourt Stage for the returning favorite “A Frozen Holiday Wish.”

Later, on that same stage, guest can join Mickey and his pals for “Mickey’s Most Merriest Celebration.”

WATCH – “MICKEY’S MOST MERRIEST CELEBRATION” FROM 2016:

“Mickey’s Once Upon a Christmastime Parade” will wow guests down Main Street twice a night with dancing gingerbread men, Disney characters and of course, Santa Claus.

WATCH – “MICKEY’S ONCE UPON A CHRISTMASTIME PARADE” FROM 2016:

Finally, the grand finale of the Christmas Party is “Holiday Wishes Fireworks– Celebrate the Spirit of the Season.” The special nighttime spectacular set to holiday tunes will light up the sky over Magic Kingdom.

WATCH – “HOLIDAY WISHES FIREWORKS – CELEBRATE THE SPIRIT OF THE SEASON” FROM 2016:

Outside of the Magic Kingdom, Walt Disney World will still have plenty to offer for the holidays. “Epcot International Festival of the Holidays” (formerly known as “Holidays Around the World”) will return from November 19 through December 30. This holiday celebration will include: All of the holiday additions at Disney’s Hollywood Studios will begin November 9. Guests of Walt Disney World will be able to take part in the holiday fun without ever setting foot in a park though thanks to the exciting additions coming to Disney Springs. Holiday offerings at Disney Springs will include:

There’s something for everyone at Walt Disney World this holiday season. What are you most excited for? Let us know in the comments below!